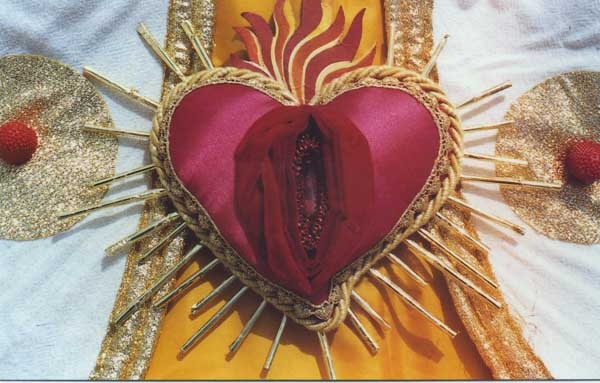 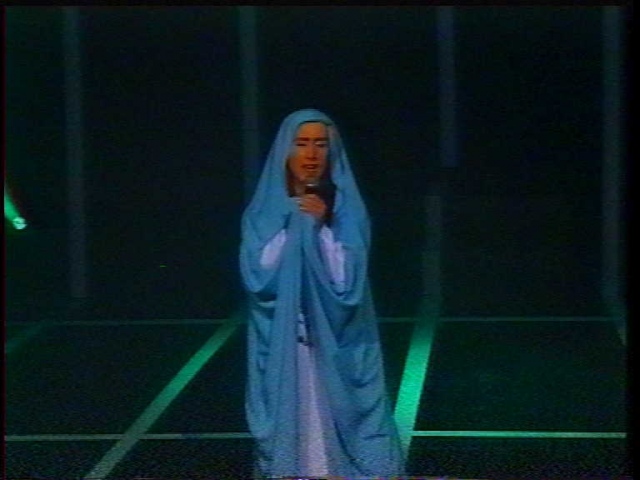 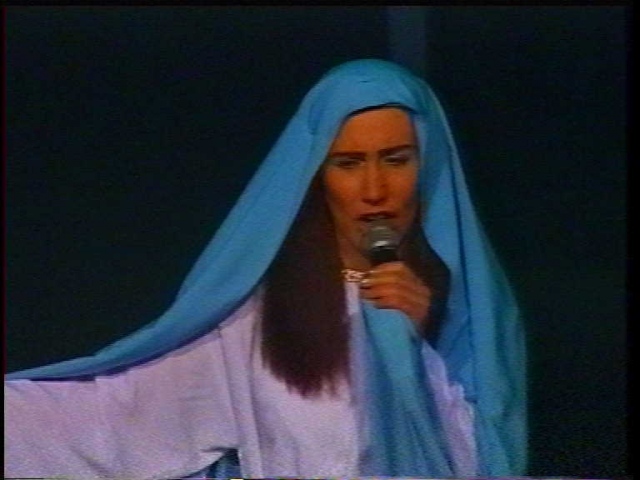 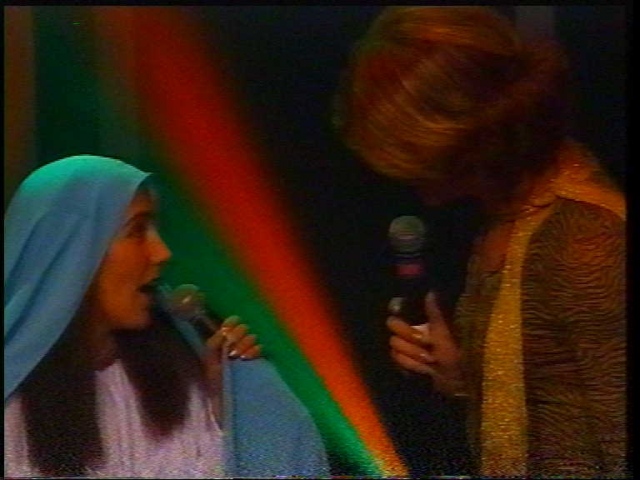 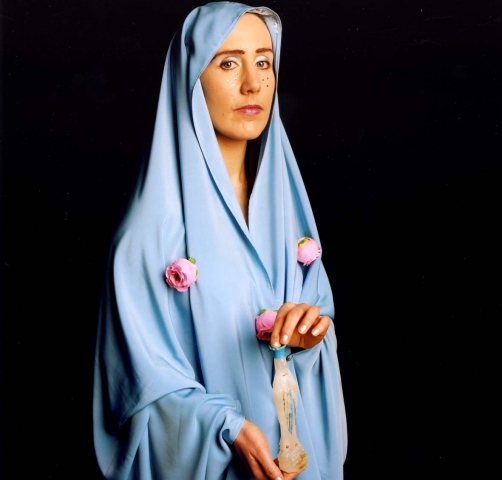 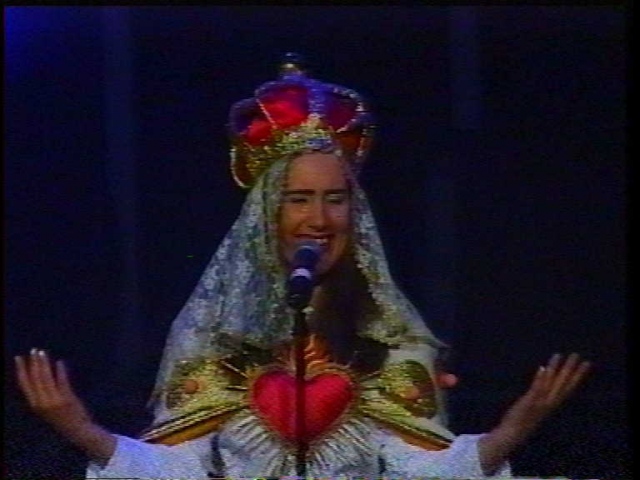 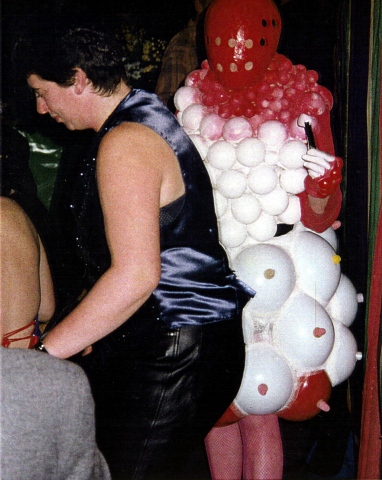 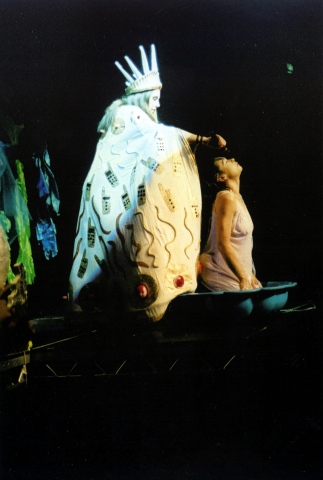 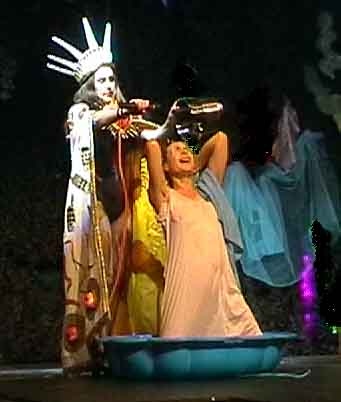 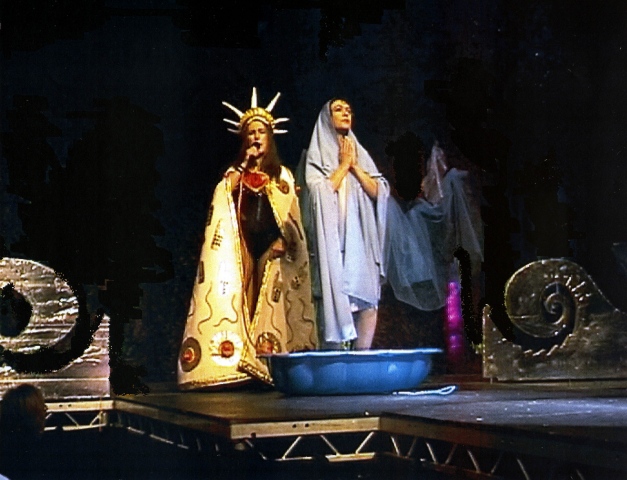 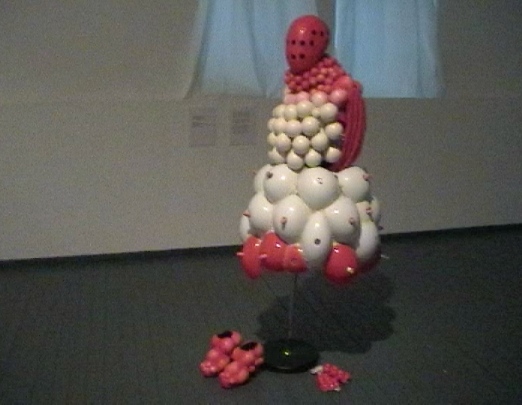 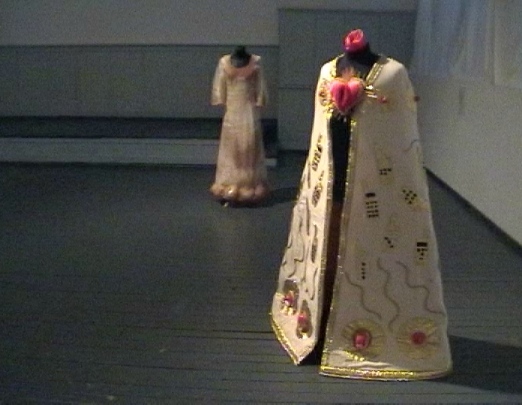 Special Thanks to Trish Brennan, selector for the Alternative Miss Ireland 2000

This series was the starting point for my current practice. Before this work I had made large scale performances and installations that engaged with social, community or art world contexts. The BVM series began as an experiment to insert myself into my work directly, autobiographically, and to find a performative language and method that was my own.

The first BVM performance was her appearance at the Alternative Miss Ireland contest in the Olympia Theatre, Dublin in 2000. I was to deliver my 'manifesto' for a new Ireland and make an ironic and humorous representation or characterisation of the Goddess Icon. This was the defining moment and most affective experience of my artistic career.

As I was loudly booed offstage by the sizeable audience (the irony was too odd and the comic timing irregular...) I realised in a moment of epiphany that this was the form of performance I would dedicate myself to - being myself - but in an expanded way, in a heightened form. I decided that the work would use the ordinary (self) but go beyond it... the work would elaborate the self's identity and propose other alternative selves.

I also knew in that moment that this performance would be enjoyable (for the audience) but not in a conventional sense...I liked and relished the little bit of discomfort and edgy experience the audience experienced.

Special thanks to Trish Brennan, the wonderful director of the Alternative Miss Ireland who in perfect innocence facilitated this momentous performative turn for my performance art practice.