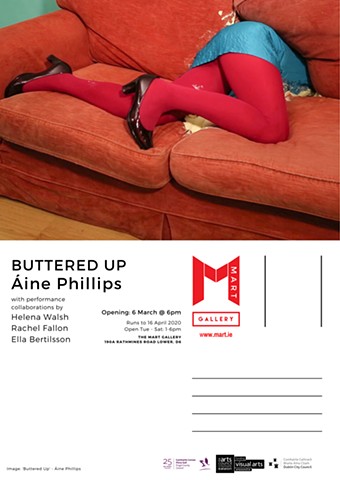 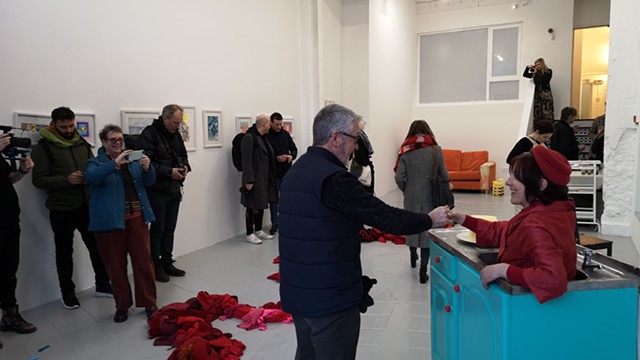 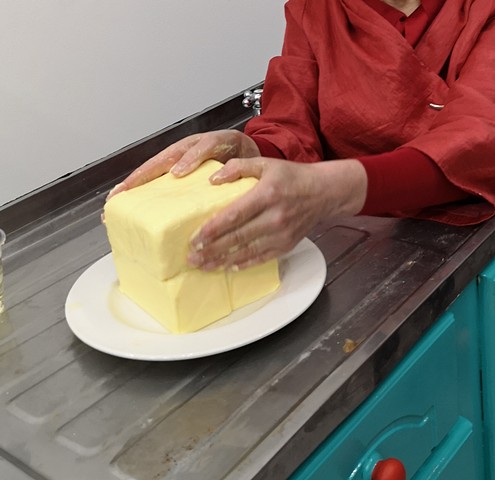 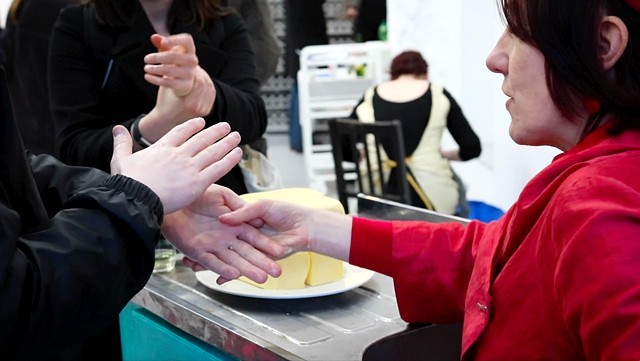 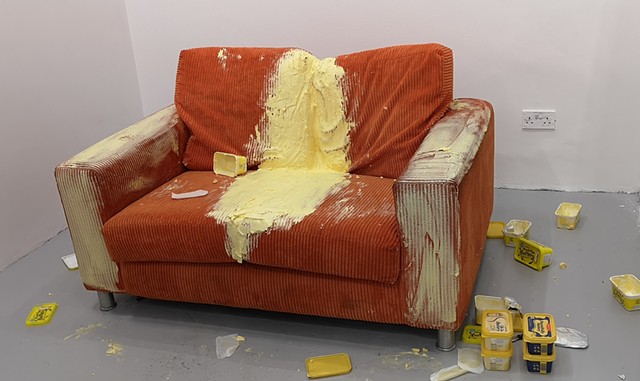 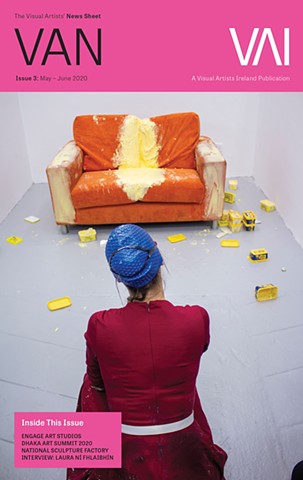 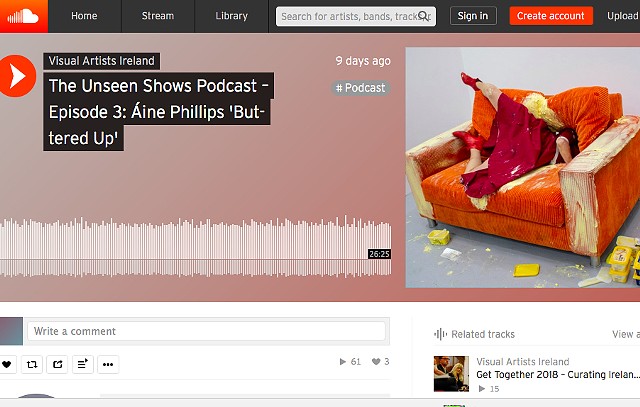 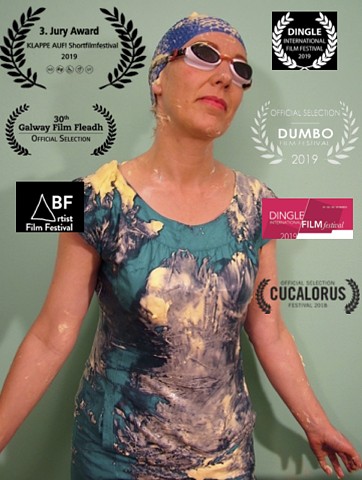 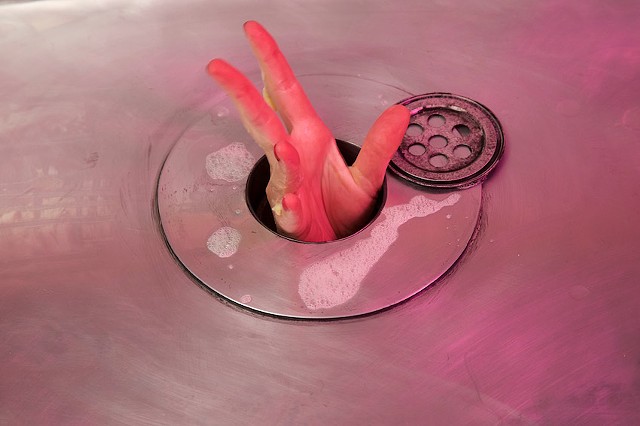 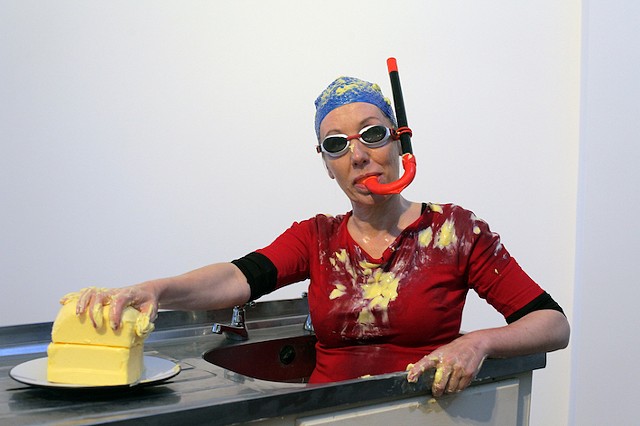 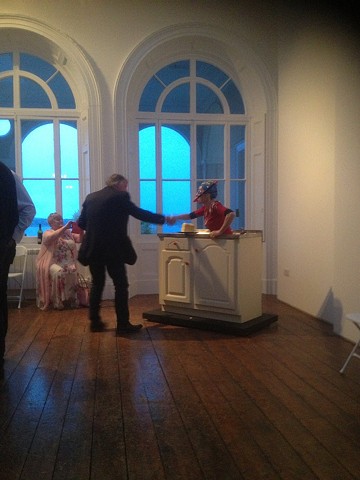 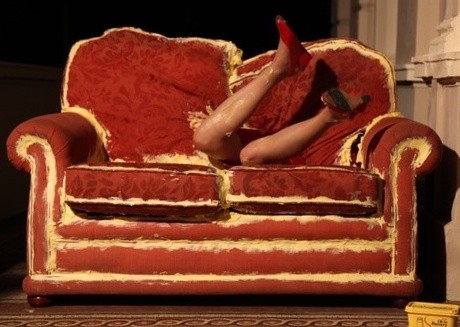 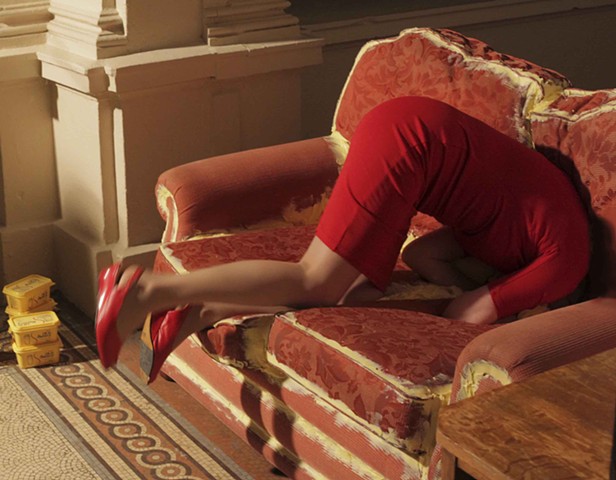 In Buttered Up the artist performs an improbable journey to explore the mysterious underworld of domesticity. In a feat of escapology, she uses quantities of butter to undergo an unusual metamorphosis to evade the entrapments of domesticity… or does she use the trap itself as a means of escape? Themes of entrapment, displacement and transformation within the domestic frame are explored with humour in this short film.