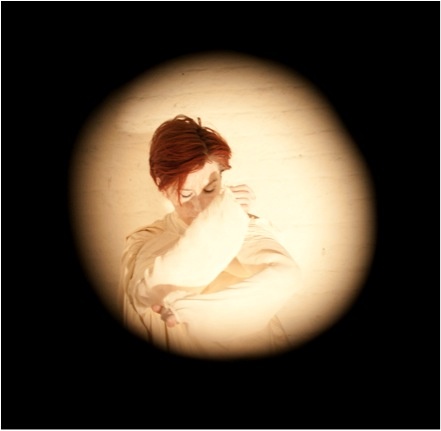 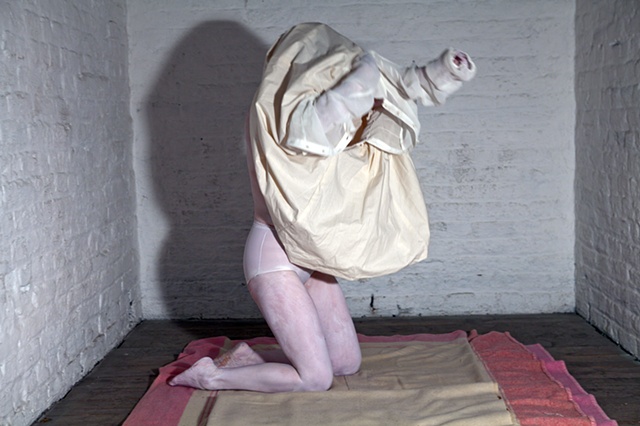 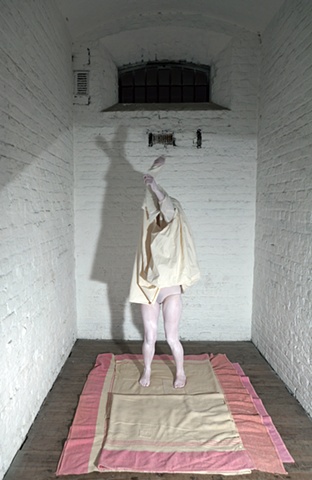 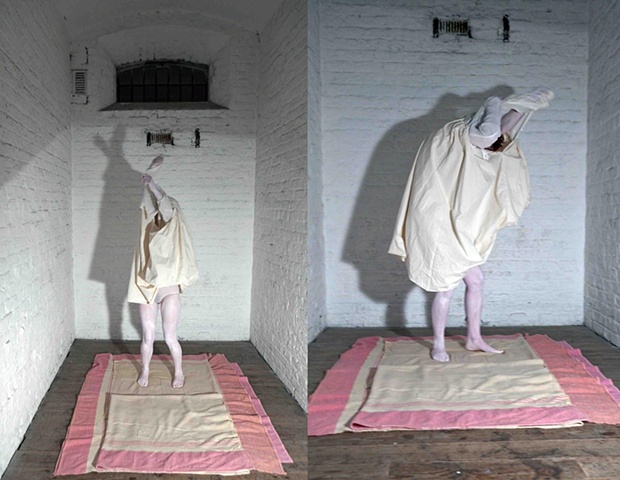 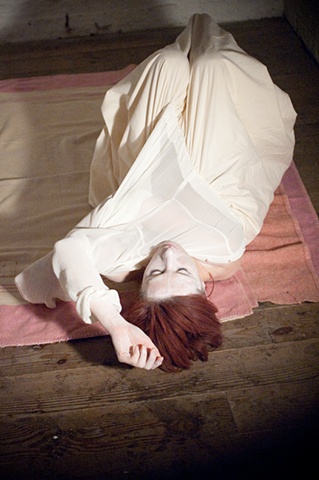 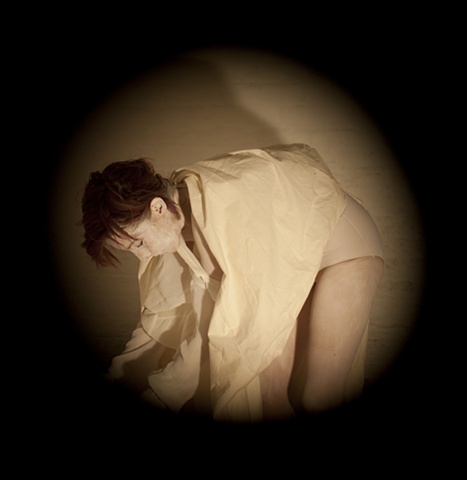 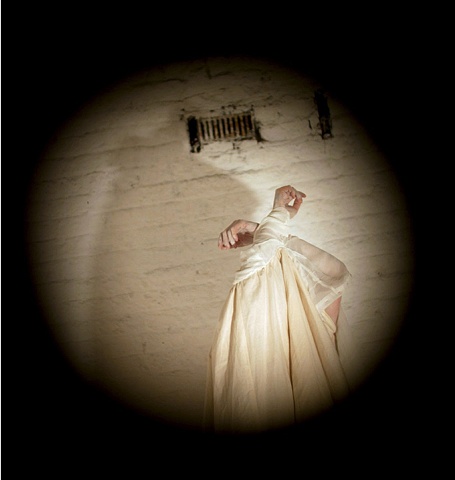 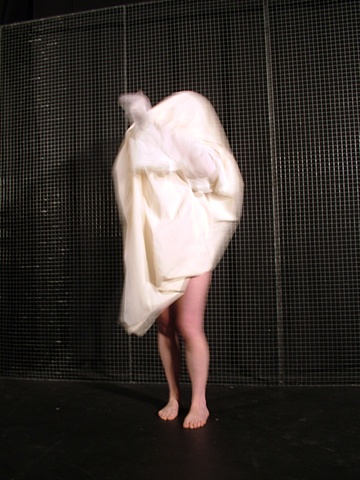 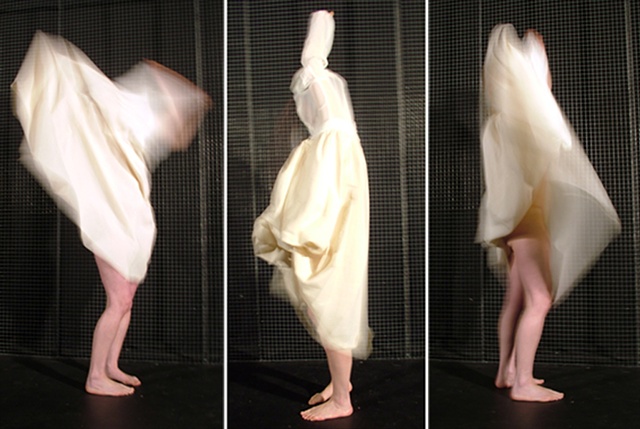 Redress 2010 is a 4 hour durational performance. Locked into a jail cell and viewed by the audience through a spyhole, I dress and redress myself with a garment that will not fit properly. Redress 2010 references the work of Eadweard Muybridge, one of the first producers of motion sequence photography. In his elegant work “Woman Dressing” 1884 the subject attempts to dress and undress in front of a measuring grid. In Redress 2010, I struggle with a similar but misshapen dress so that my form becomes a live sculptural image of contorted body and dress merged together.

Conceptually, this piece explores the problematics of the Residential Institutions Redress Board who were charged with compensating those who had suffered physical, sexual and emotional abuse in Mother and Baby, Magdalene Laundry and childcare institutions subject to State regulation in Ireland. Those who received ‘redress’ compensation must adhere to a confidentiality clause that bans them from speaking publicly about their experience. This injustice emerged in Ireland 2010 and mirrored the shameful attitudes to injustice in the past whereby a society of secrecy functions to suppress truth and reparation.

Redress 2010 video installation is a spatial arrangement of video projection onto long flowing panels of muslin in a darkened space. The filmed performance is a struggle with a distorted, mutated dress that will not fit and is impossible to wear. Vivienne Dick filmed the performance, assistance and photography by Declan Sheridan and editing by Connie Farrell. This installation was presented widely in Ireland and internationally at exhibitions and festivals between 2011 - 2016.