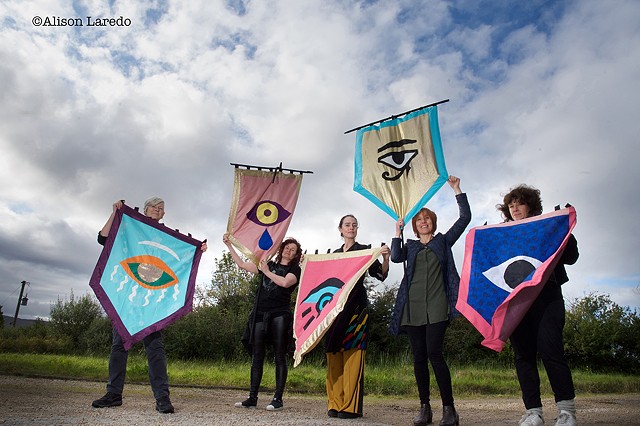 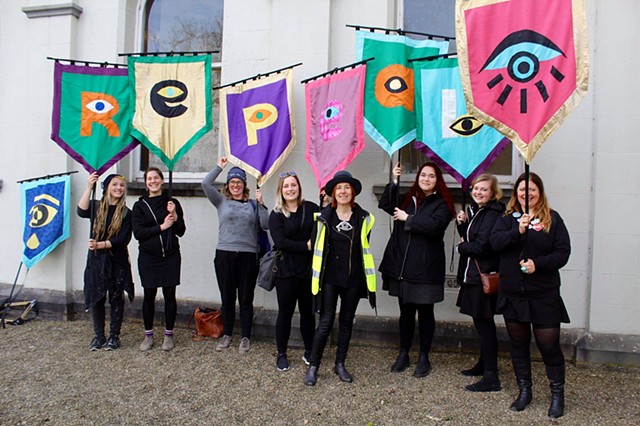 Eye Bannerettes carried by students of Burren College of Art, waiting for the Repeal! Procession to begin
photo Karl Leonard 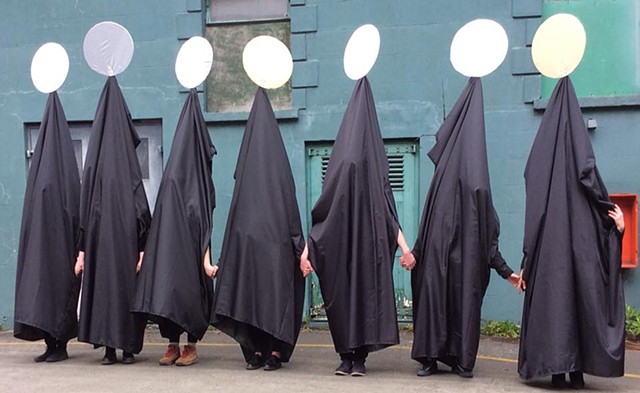 The Cassandras at the Repeal! Procession
photo Karl Leonard 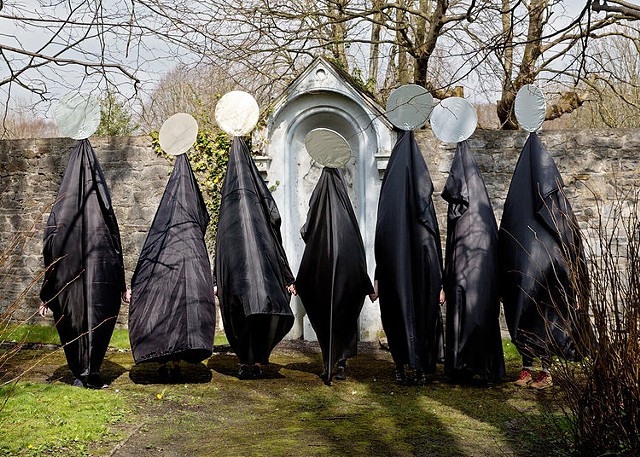 The Cassandras at the Artists Campaign to Repeal the Eighth Procession EVA International 2017created by Áine Phillips and Alice Maher, photo Olivia Harris 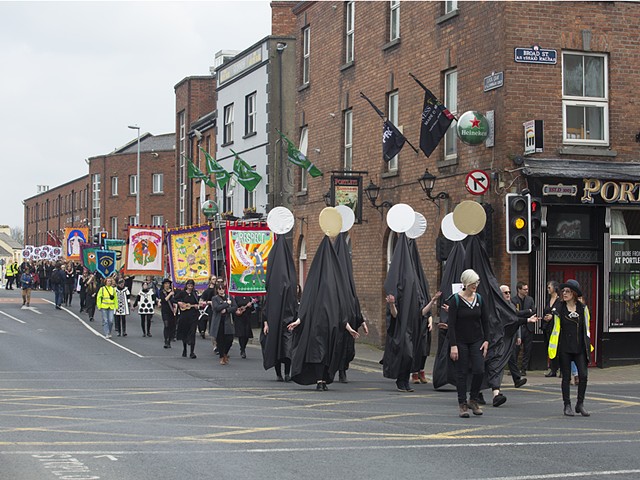 Repeal! Procession at the 38th EVA Biennale by the Artist's Campaign to Repeal the Eighth
photo by Deirdre Power 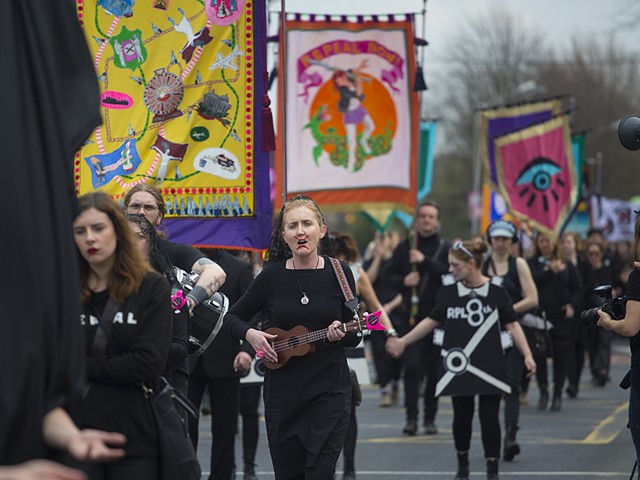 The Ukeladies and Cut Out Dolls in the Repeal! Procession
photo Deirdre Power 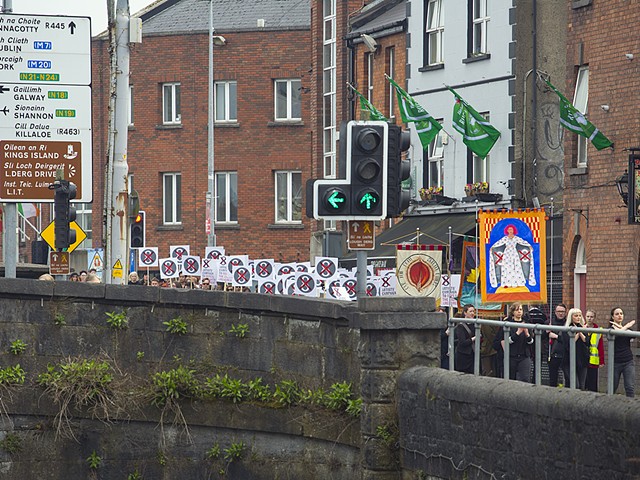 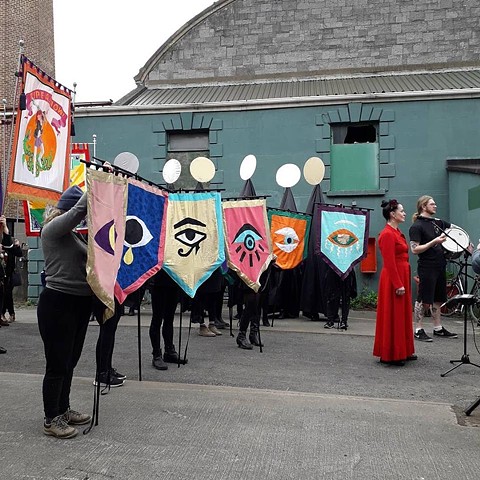 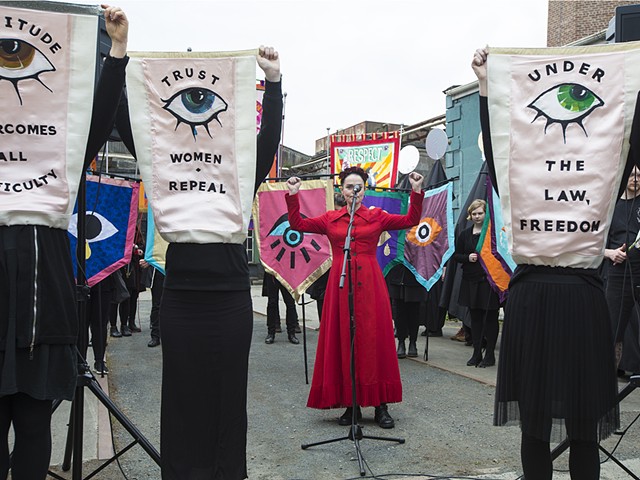 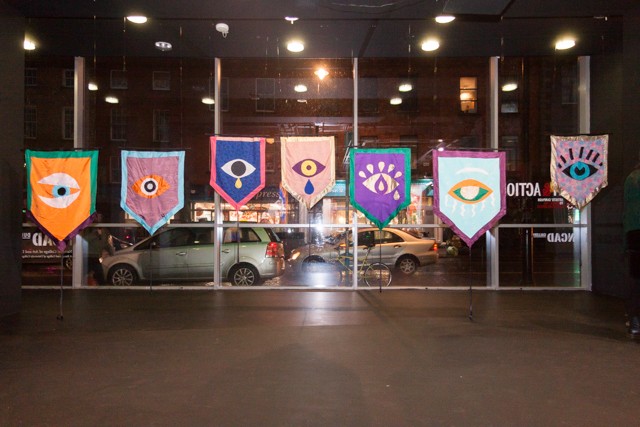 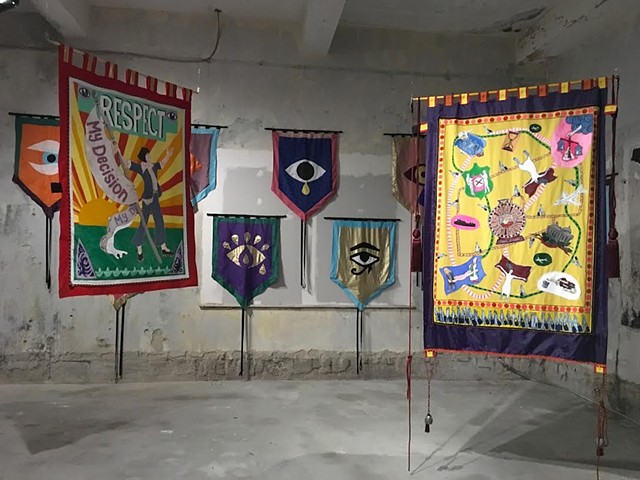 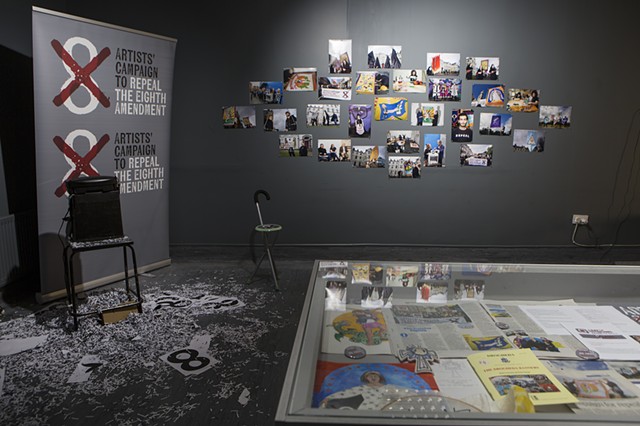 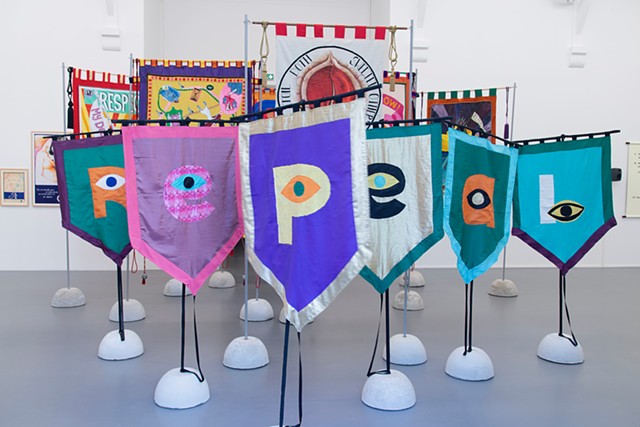 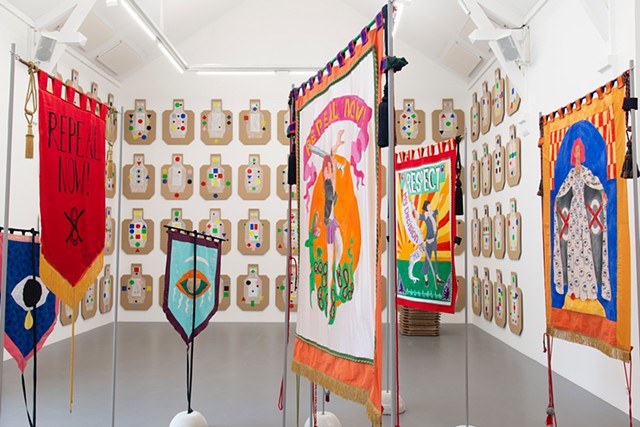 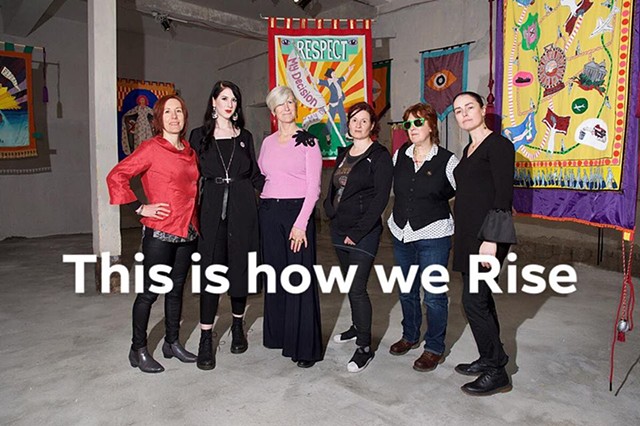 I worked with The Artists Campaign to Repeal the Eighth Amendment (ACREA) in 2017/18 to create a series of banners to advocate for change in Ireland's abortion laws. We used the banners in a collaborative Repeal! Procession on the streets of Limerick as part of the 38th EVA International Biennale curated by Inti Guerrero. I co-ordinated the Procession and worked with a small team of ACREA artists (Alice Maher, Cecily Brennan, Rachel Fallon, Breda Mayock and Sarah Cullen) to create the installation of banners, video works and ephemera associated with our political and artistic campaign. The entire project, all its outcomes - objects, images, photographs, video works - was exhibited as the Repeal Hub for the duration of EVA.

The Artists’ Campaign to Repeal the Eighth Amendment was set up in 2015 by Cecily Brennan, Alice Maher, Eithne Jordan, and Paula Meehan. It began as an online campaign appealing to fellow artists, writers, musicians, and actors to put their names to a statement calling for a repeal of Eighth Amendment of the Constitution of Ireland (Article 40.3.3) that equates the life of a pregnant woman with that of the foetus. The aim of the campaign group is to promote national and international awareness of the restrictive reproductive laws of Ireland and to encourage and inspire other groups and activists to use cultural means to promote social change.