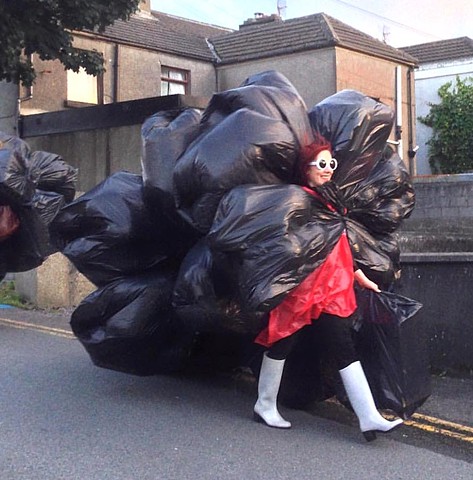 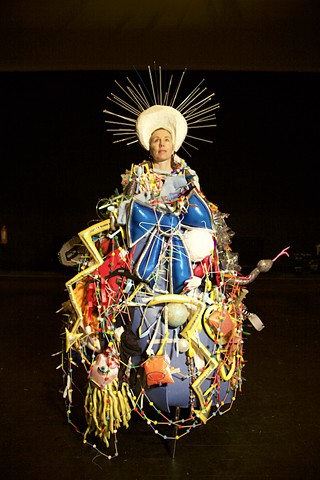 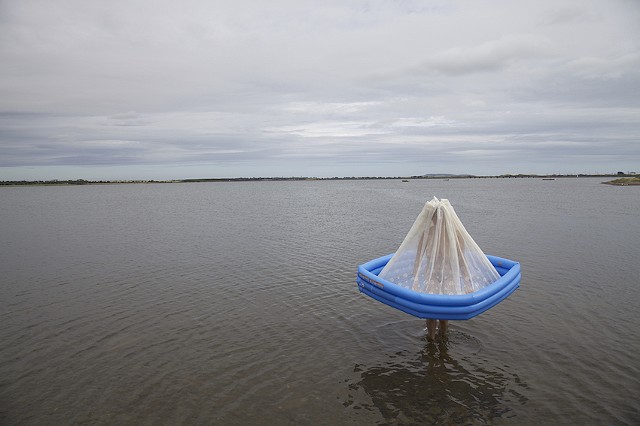 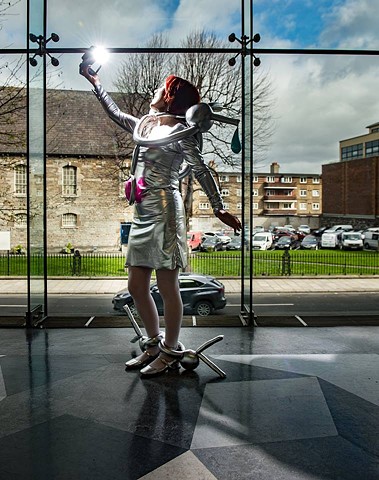 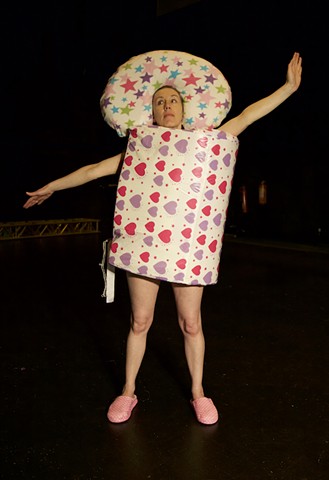 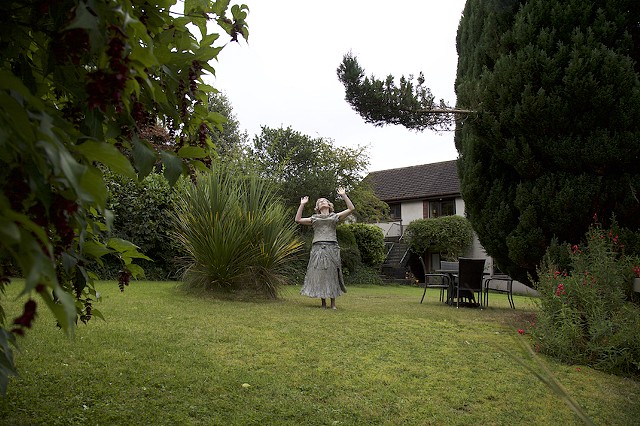 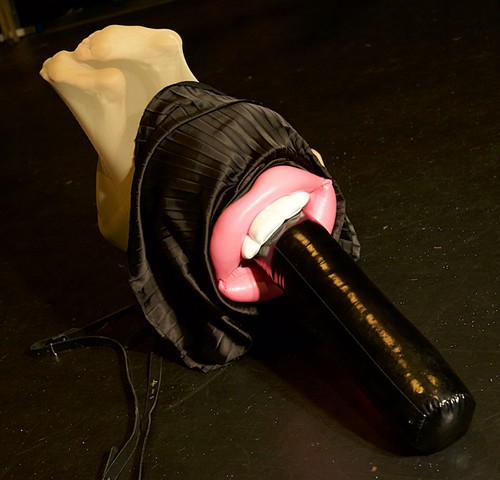 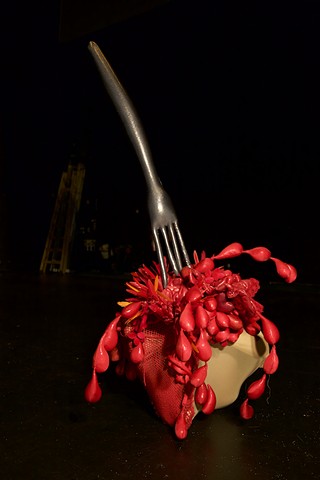 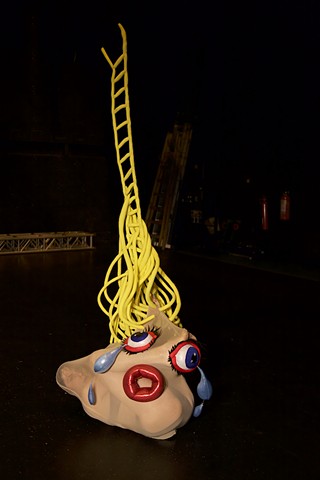 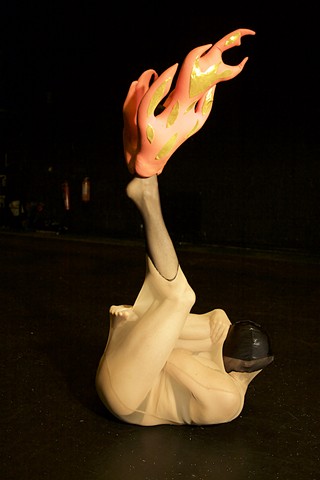 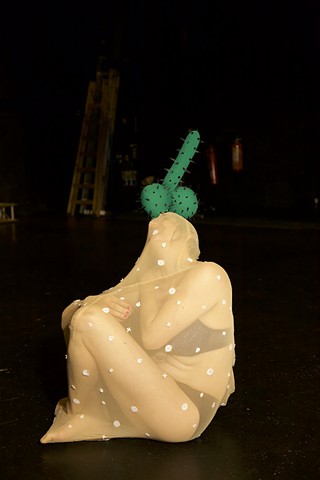 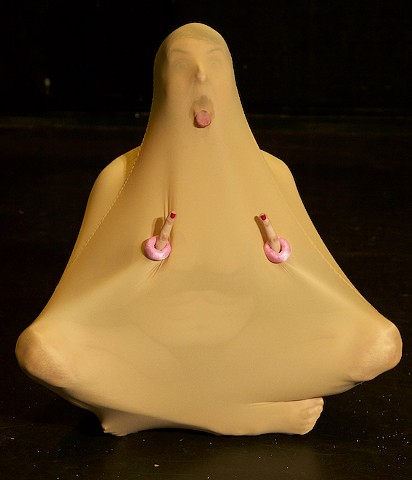 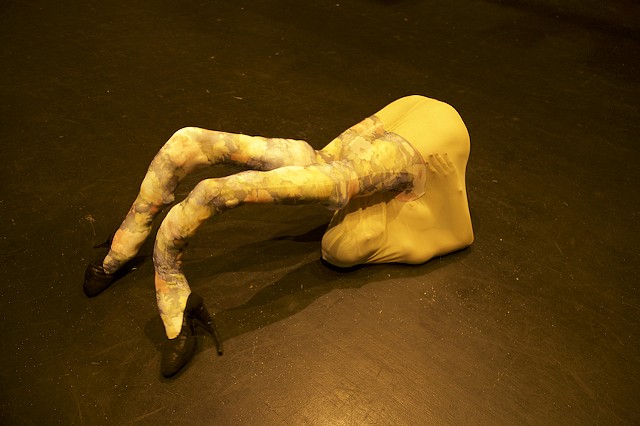 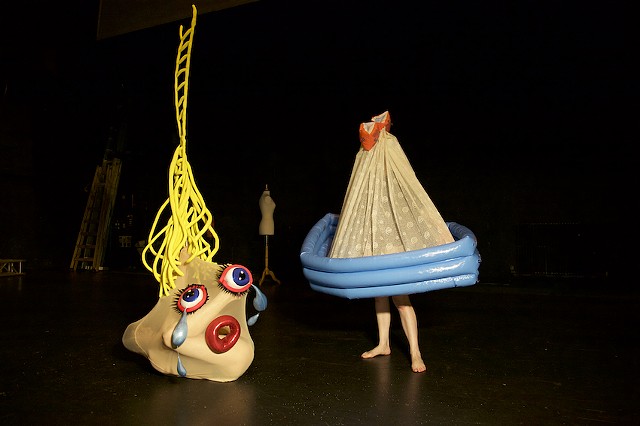 Concrete Woman, one of the works, was influenced by the story of Clodagh Hawe's tragic murder in 2016 at the hands of her husband who also took the lives of their three boys. We visualised a woman in such danger wearing a concrete dress for protection and safety.

The other works from the series variously protect the bodies of their wearers emotionally, physically or spiritually (as with the Brigid's Goddess ensemble). In the case of Boat Girl, she can make a quick getaway on water as she is wearing her boat. Future Woman can teleport herself into the past or future, changing her destiny and perhaps also the fate of the world.

The series of constricted costumes made of micro-fiber stockinette and found objects reflect the restrictions on women bodies and agency in our world. They also offer an ironic re-presentation of the images and objects of oppression - such as the symbolic phallus or objects of exploitation or cruelty - as an attempt to reverse their function or meaning and use them as empowering motifs or emblems of liberation.