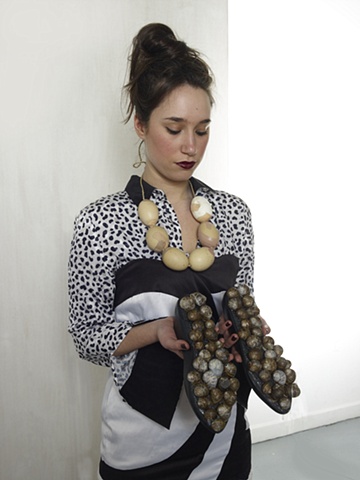 Image by Manuel Vason
next >

Obioma is from Nigeria; she was trafficked into Ireland for the purpose of prostitution when she was a young girl. I came to Ireland for a better life trusting my helper. Few days later I became a prisoner, I was locked in a room, they were using me to make money. I was forced to have sex with different men which was organised by them. After sleeping with the men they paid money and my organisers would come and collect it from me.

I became useless, meaningless, helpless and hopeless. No person to speak to, my world was turned upside down, no freedom. I have to do what they say to do not what I want to do

Ruhama is a voluntary organisation helping women involved in prostitution and other forms of commercial sexual exploitation, including women who are victims of sex trafficking, to realise their dignity. Ruhama (means renewed life) regards prostitution as violence against women and violations of womens human rights.

"We see prostitution and the social and cultural attitudes which sustain it as being deeply rooted in gender inequality and social marginalisation." www.ruhama.ie

They make me realise that I can make it again. They organize classes for me which bring me back to my education; - my lost glory was found! I feel like life again, I became free. I enjoyed staying in this accommodation, I really miss them now but life has to move on. I was told that I have a new place to stay. On the day that happened to be my birthday I moved into my new apartment. Get key to the door. I became positive in my life. they gave me hope, courage, helpful, useful, reliable; - my family. They give me all that I need and I am free to go as I like.   I am free like a bird with friends at my side.