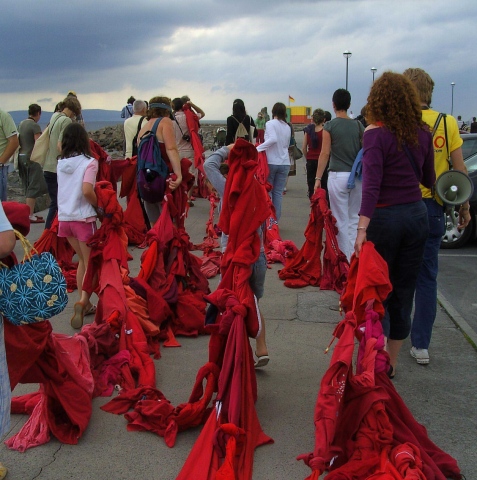 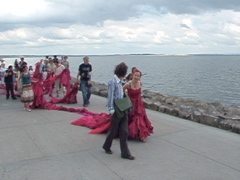 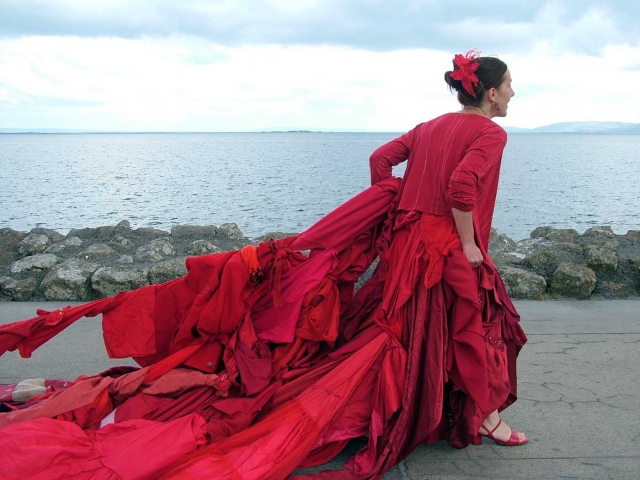 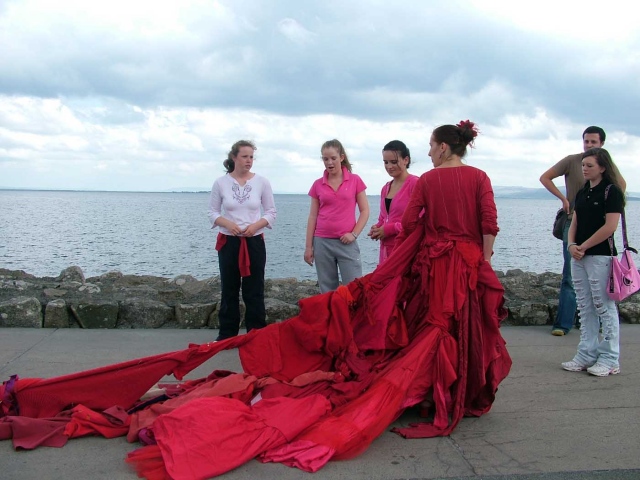 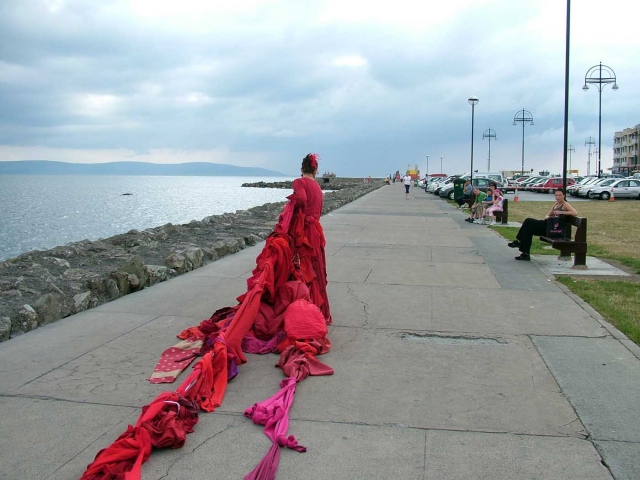 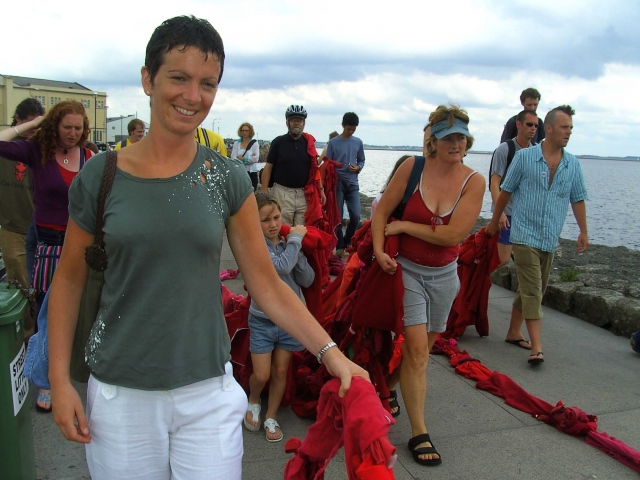 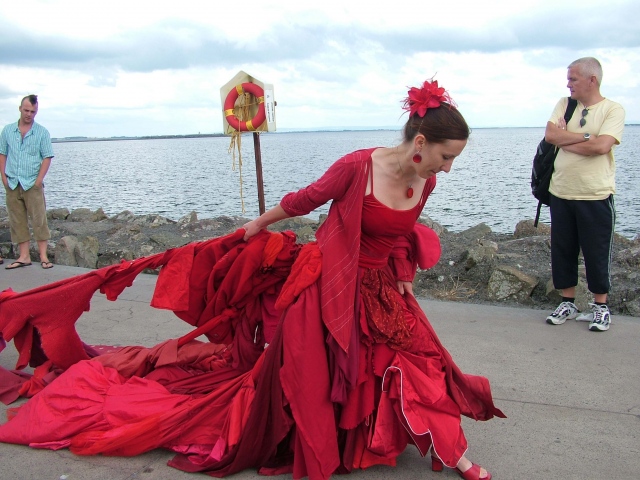 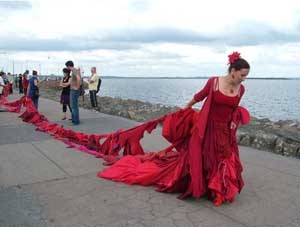 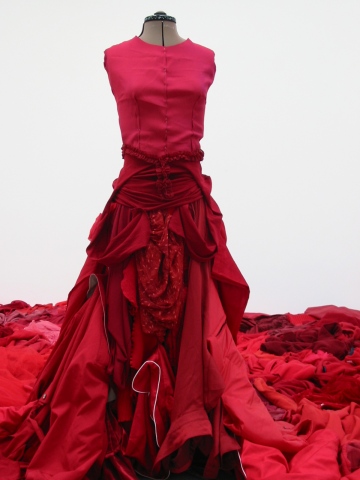 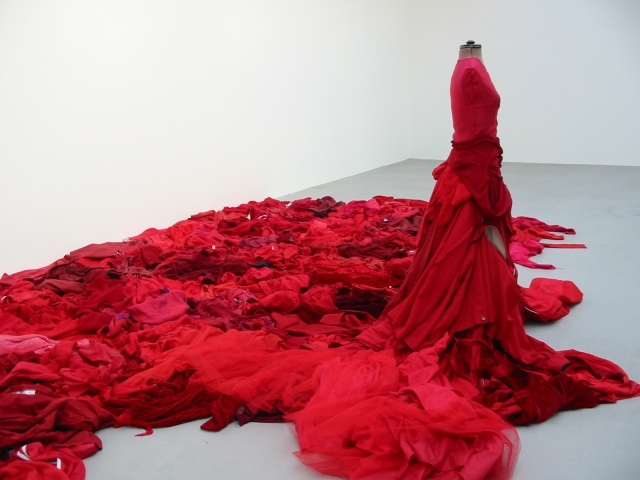 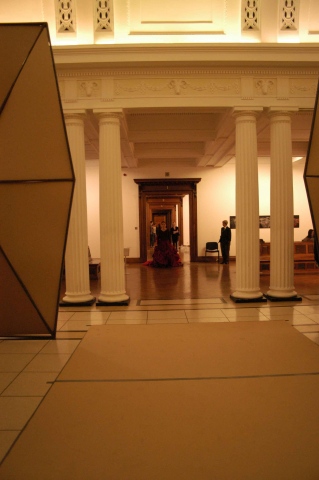 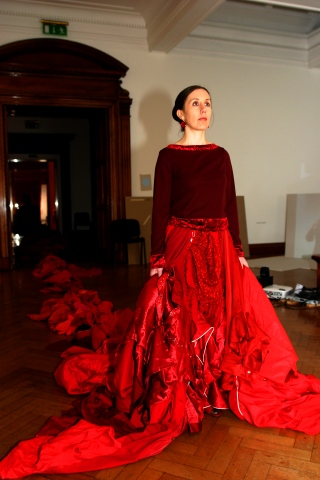 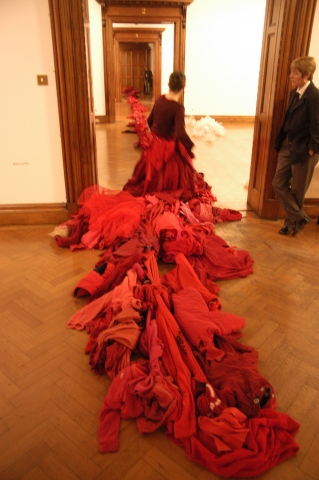 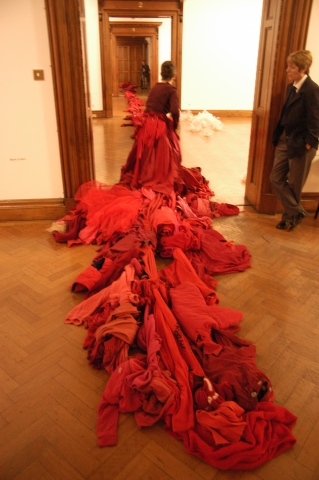 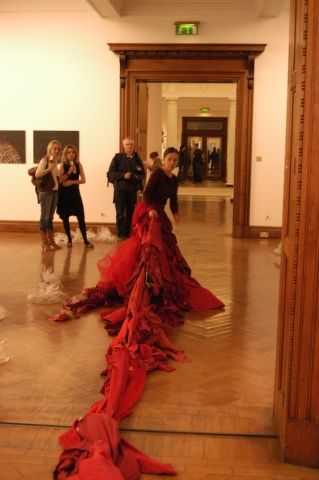 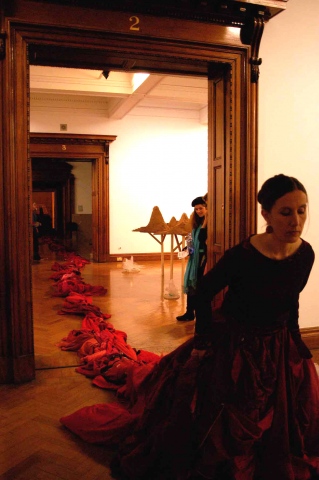 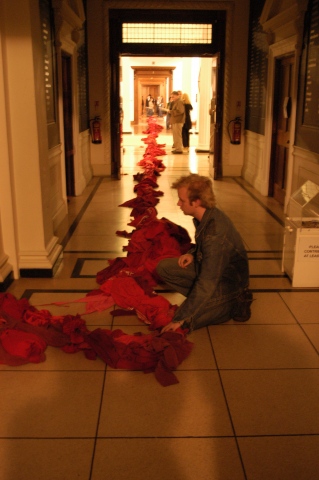 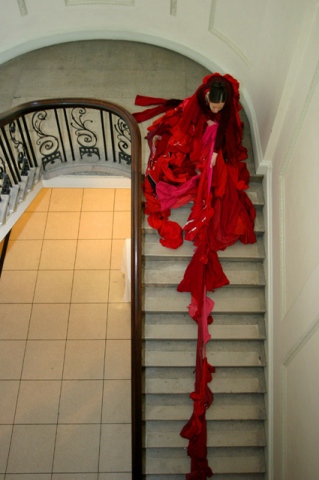 Dressed formally with a skirt made from 400 pieces of used red clothing I pull this gown with its long train from one end of the Hugh Lane Gallery to the other, over the duration of one hour. Dressed and groomed impeccably, moving slowly in a dignified manner, I attempt to pull the very heavy burden through the space, sometimes struggling with bunched up sections and wrangling with the enormous weight of the tangled pieces of clothing. The effect is humorous as the action is clearly doomed to failure. However, it is also beautiful with the strong aesthetic spectacle of the myriad red textures and qualities of fabric juxtaposed together.

The public outdoor performance, along the Salthill Promenade in Galway, was part of Project 06, the ENSO Bus Tour. Audience members and innocent passers by joined in to help pull the garment along a distance of approximately 400m, to a waiting van which transported the vast pile to the local Recycling Centre.

Hence I concluded from this performance - the burden of the past is always shared and ends up recycled back into the grand scheme of things.

The central concept is to show the tension between the enormous difficulty of the task and the dignified attempt to succeed. This image becomes a metaphor for the weight of past experience: beautiful and cumbersome, elaborate and oppressive.