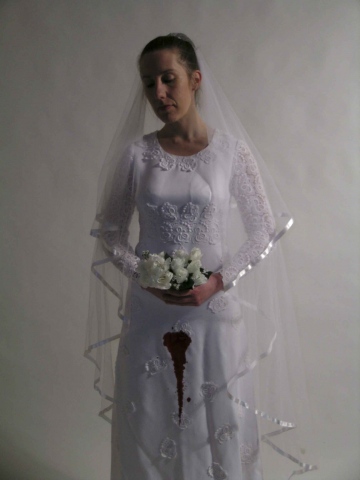 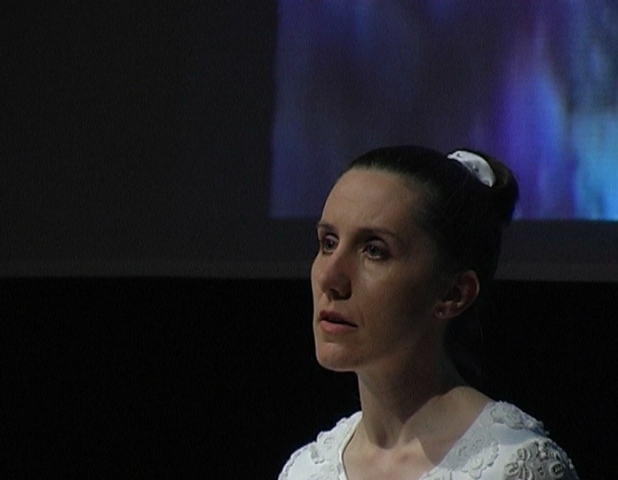 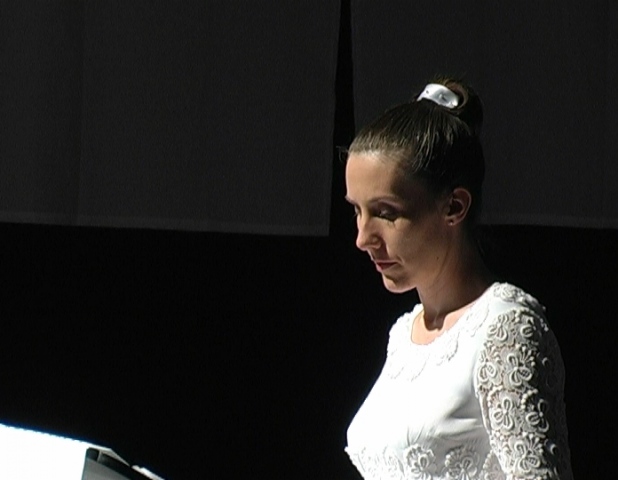 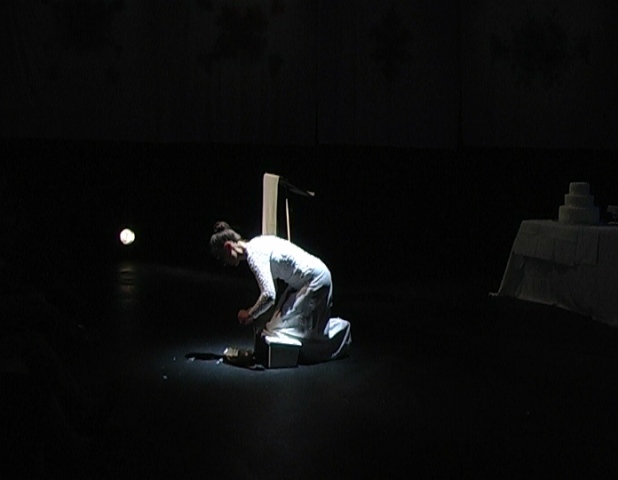 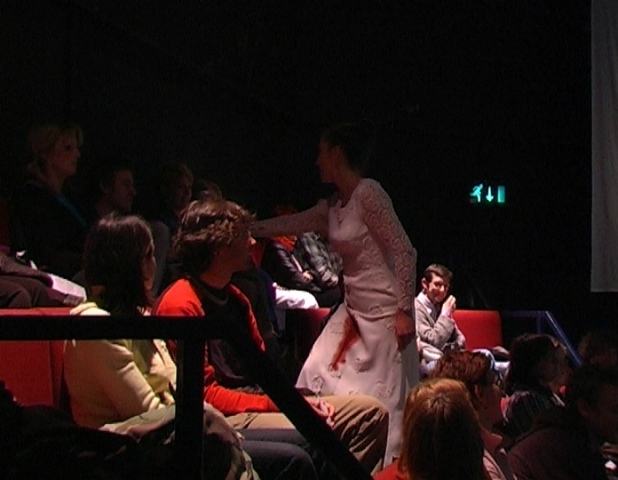 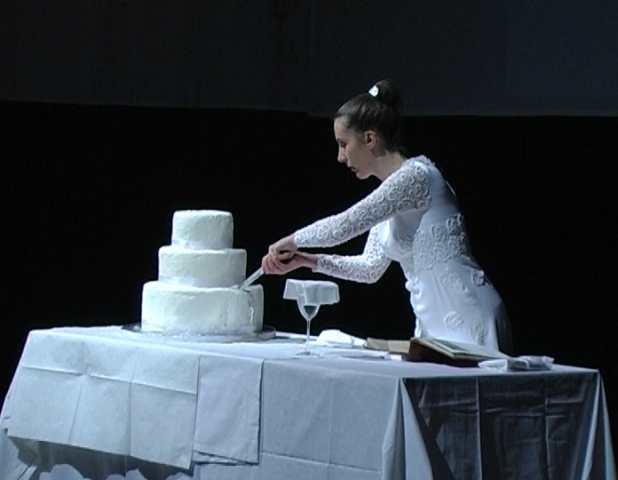 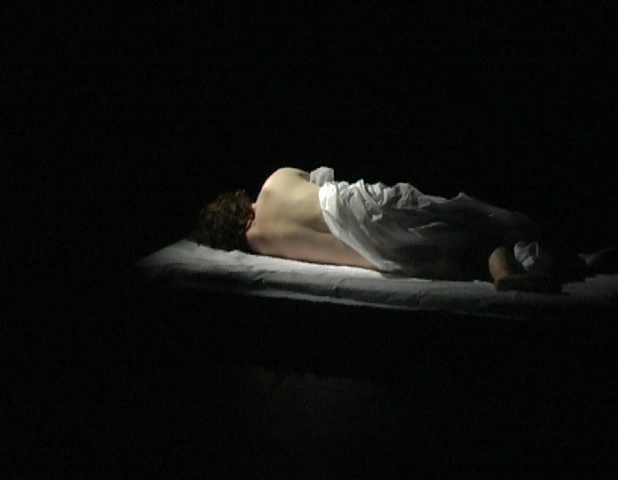 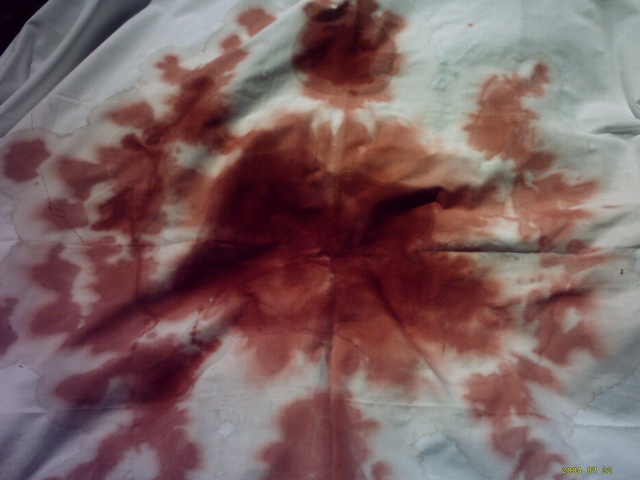 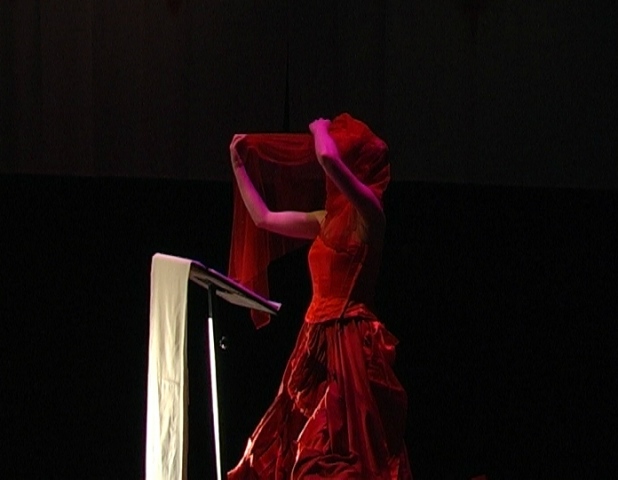 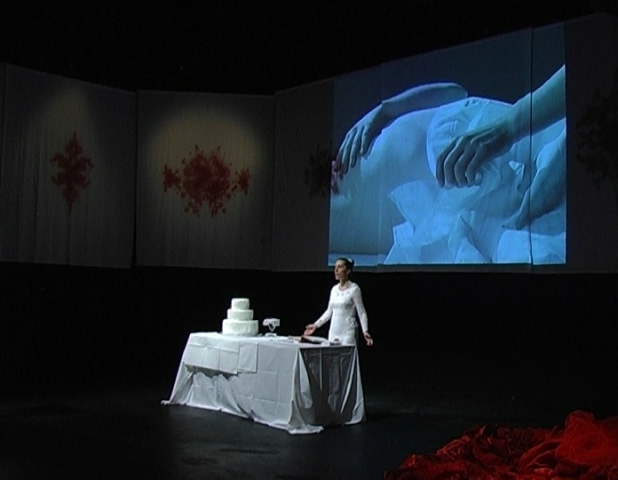 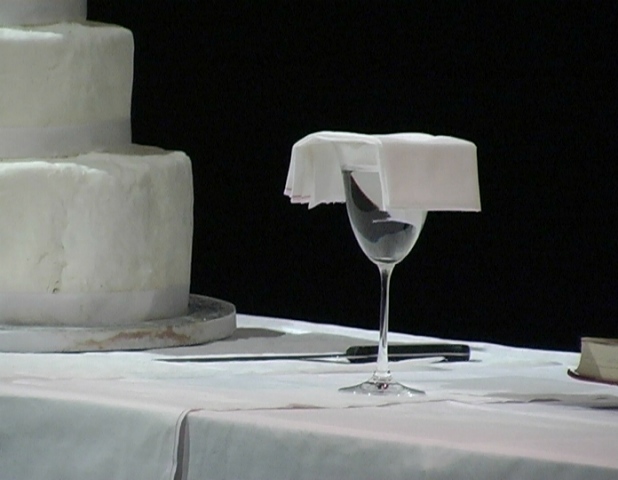 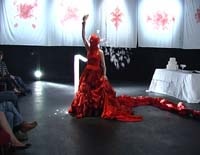 Red Wedding is fervid and ardent, Abject and transgressive, Beautiful and honourable...

Red Wedding is based on religious ceremony and catholic Marriage using the stages of courtship, formal union, consummation and relationship to create the structure upon which a multi media and live art work is built. Universal themes of desire, passion and connection in love with all its contradictions are explored. The performance is a scripted work and I deliver texts live and in dialogue with recorded voices. The script is a poetic litany or declaration of lived experience and memories. In the final sequence, I enact a marriage of self in an attempt to integrate and join opposing and divided aspects of identity. A sequence of digital video works are central to the evolution of live images in the performance which include a nest-bed made of 500 pieces of red clothing that transform into a dress, a weeping cake, torn love letters as confetti, an installation of hanging Rorschach test bloodstained sheets, intertwining burning rings…