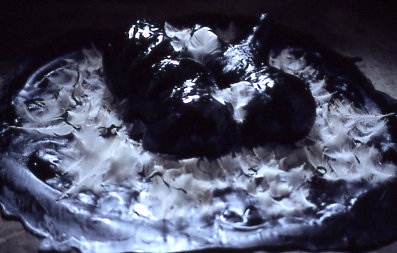 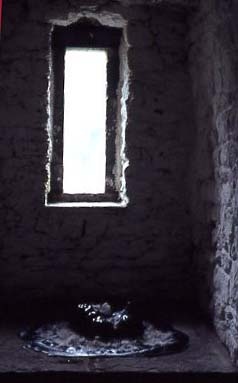 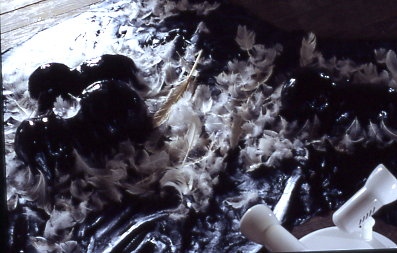 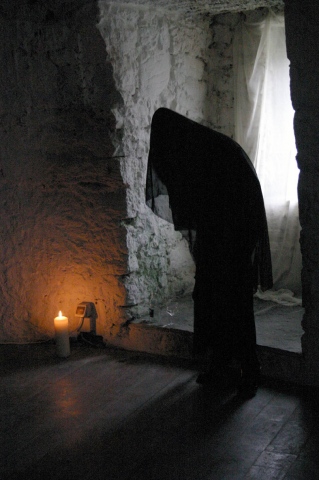 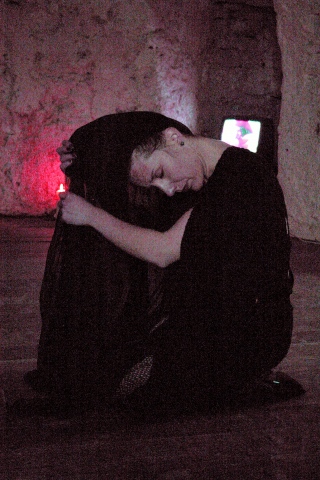 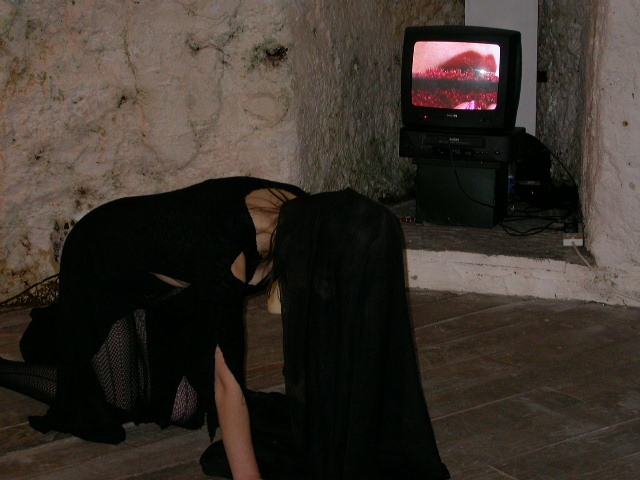 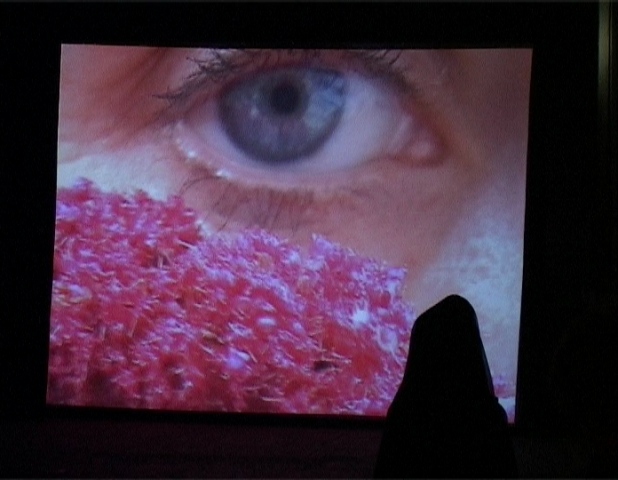 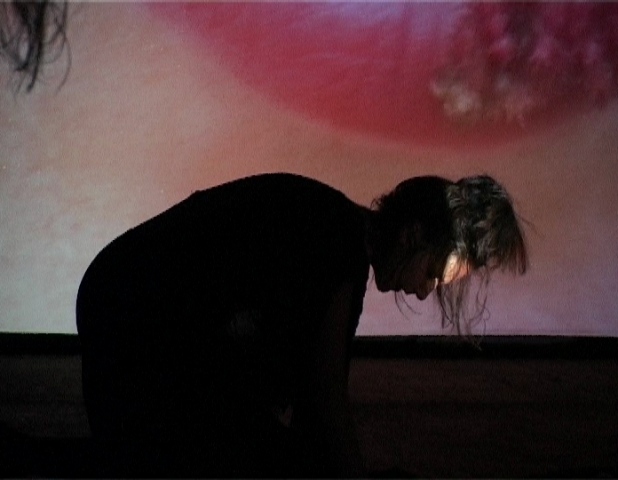 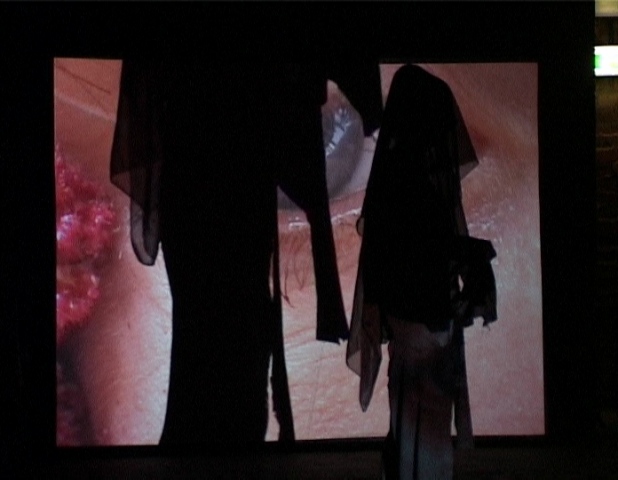 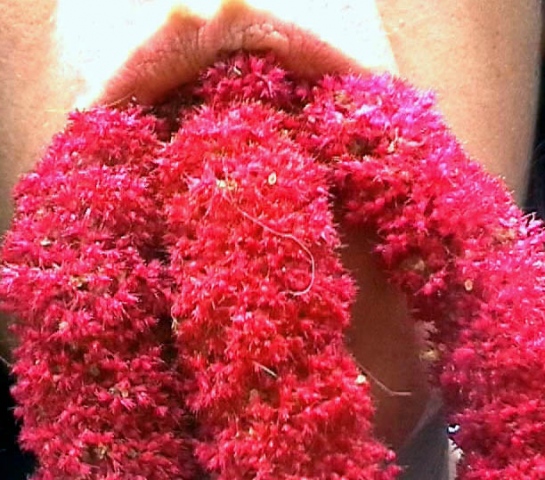 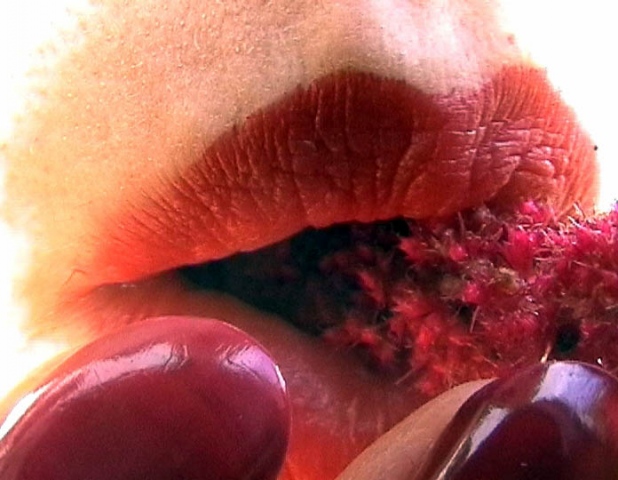 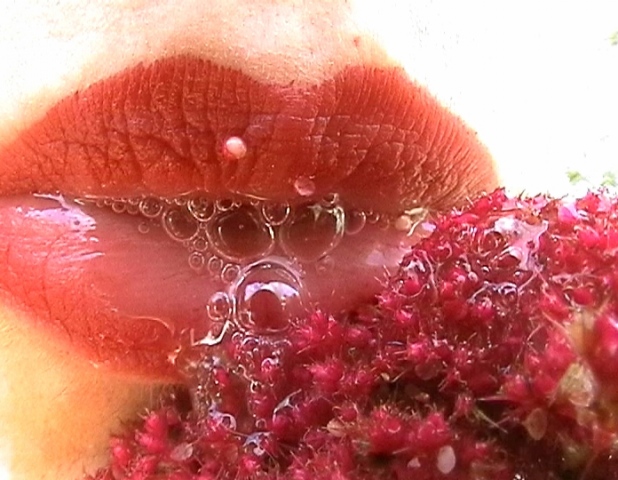 The performance Love Lies Bleeding uses the image of this flower along with an act of keening or caoineadh*, a traditional Irish crying lament which develops over 4 hours. As the hours pass, the vocal requiem becomes deeper and softer in the voice and more aurally beautiful. I begin to tear my elegant black evening dress in shreds until it hangs in long ripped tassels, like lacerated pendants of the amaranth. I move around the space, standing, kneeling and lying. The audience enter and leave at will. The work is a declaration of love and loss with expression and eroticism. I extend the experience of anguish into the pleasure of lamentation and the release of expression.

*Keening or Caoineadh was a formalised crying, weeping, wailing song performed by women at wakes and funerals in Ireland. Traditionally, it was the older women who performed, taking turns to lament all night long as the body was waked. The Keening took the form of a cry to God “Oh a Dia Oh” interspersed with wordless vowel sounds.