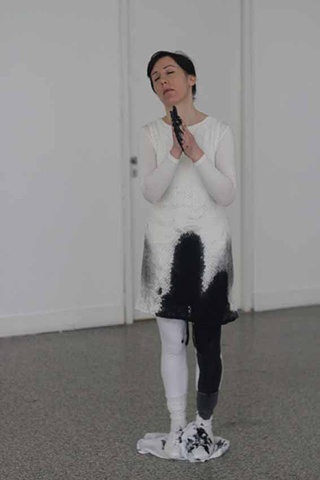 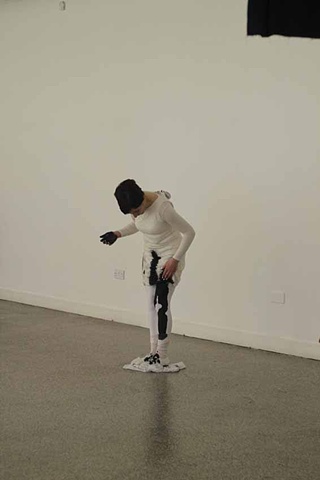 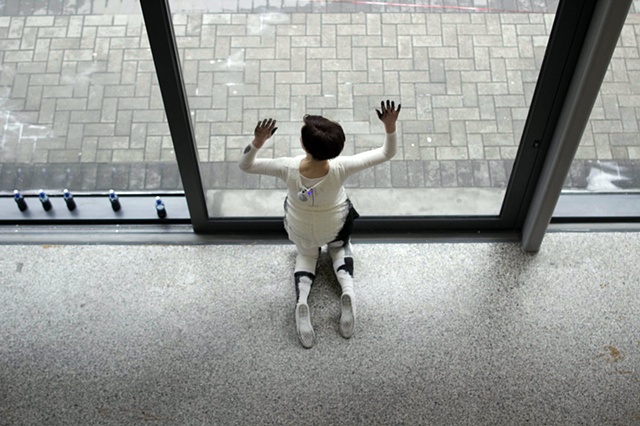 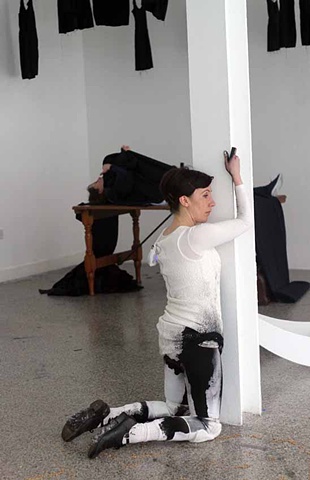 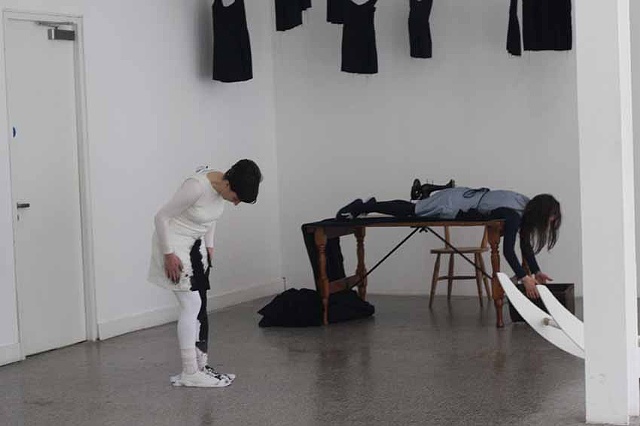 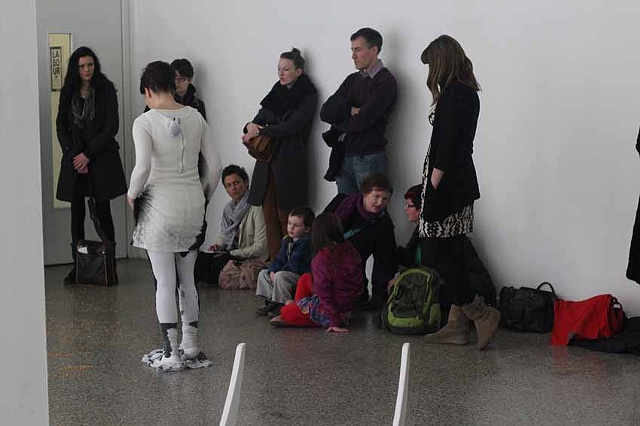 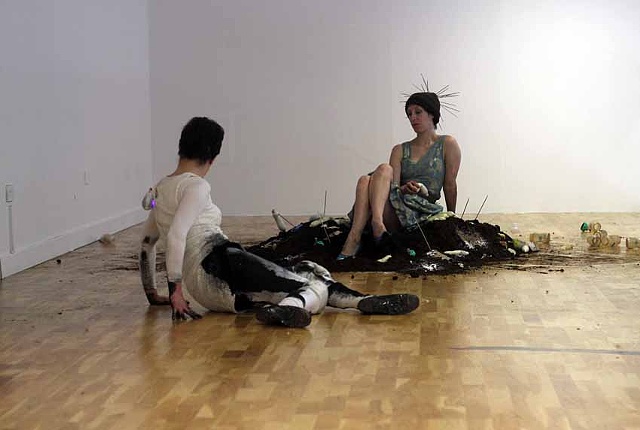 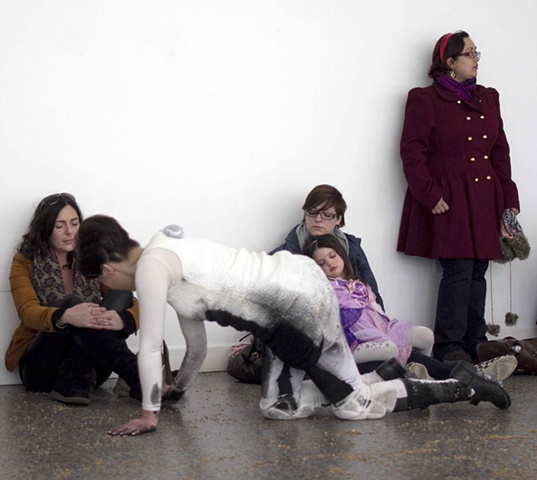 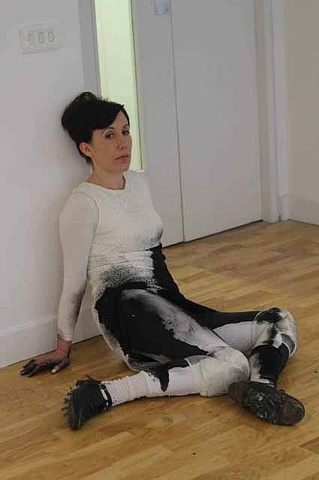 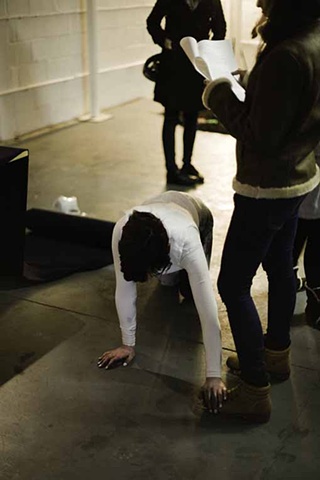 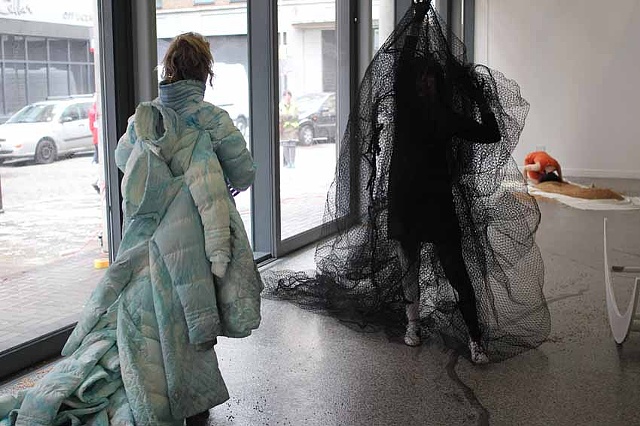 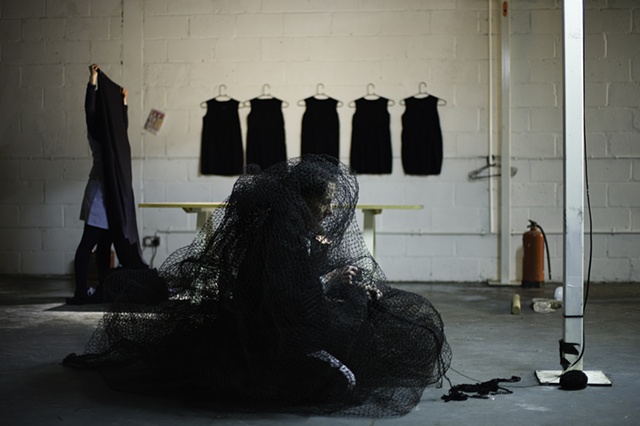 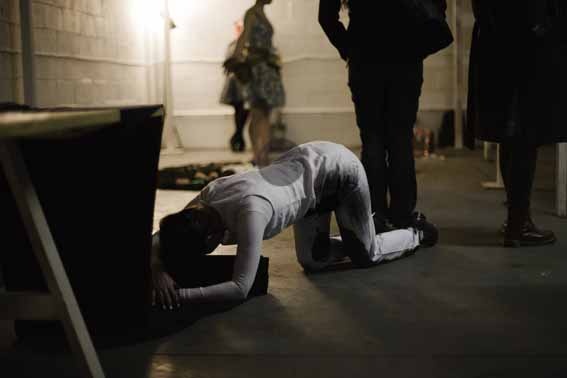 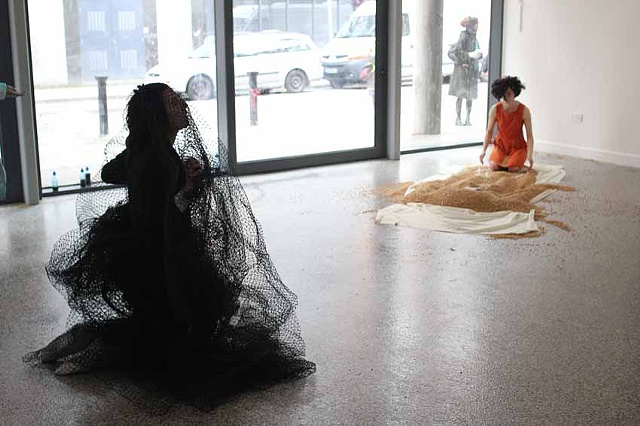 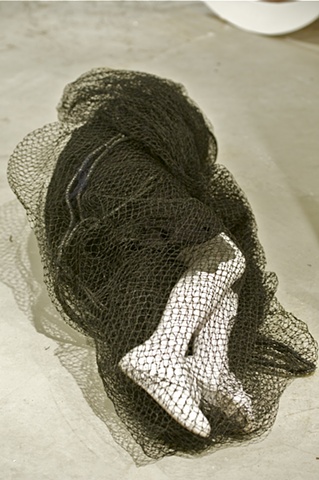 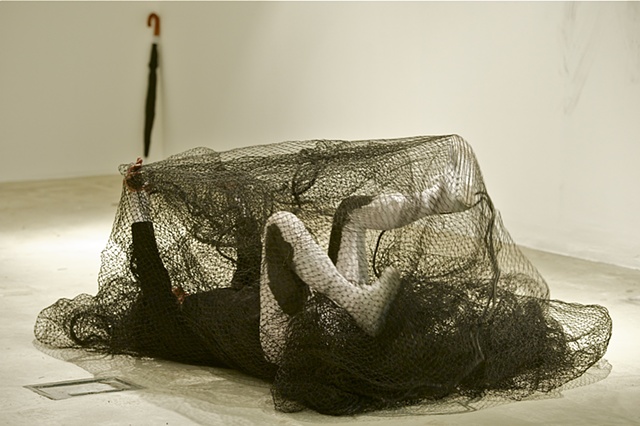 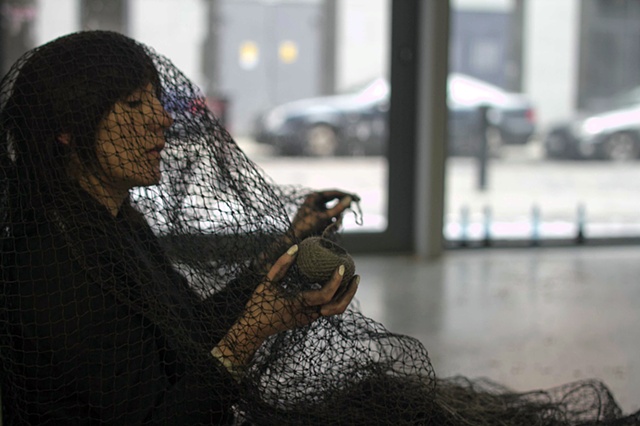 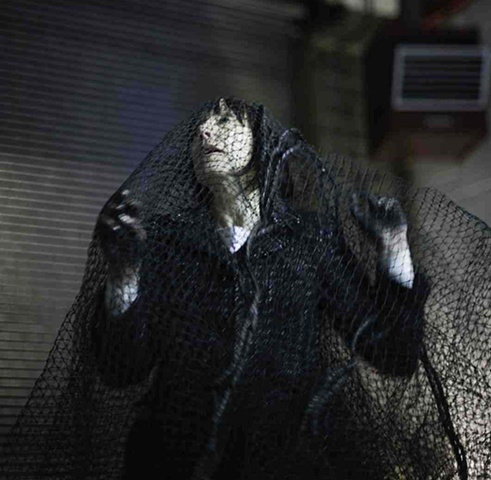 LABOUR Performance and symposium videos can be viewed at www.vimeo/Dublin City Arts Office.com

Emotional Labour is a series of 8 hour performances, part of LABOUR, 11 Irish women artists creating live performance together in the same space for the same duration.

This performance addresses the recent histories of Mother & Baby Homes, Magdalen laundries and female confinement in Ireland. I perform themes of staining (what is hidden is seeping out), crawling (to parody supplication) and netting (entanglement and escape).

At the centre of women’s history in Ireland are the notorious Magdalen Laundries where countless women were confined up to 1996 for the crimes of unmarried pregnancy, being in moral danger or precocity. “The stories are now coming out, in parts, as though stuck in a web” writes a Magdalen survivor.

In this work, I aim to retrieve the discarded and disregarded stories from women on whom silence had been imposed. In the performance I carry their stories on my body in the form of vocal recordings made from Evelyn Glynn's compilations of the testimonies of Magdalen laundry survivors of Limerick's Good Shepard Laundry. The recordings play from a hidden speaker under my dress: the listener must come close to hear. My dress is 'speaking' the narratives that have been suppressed in our culture and history.