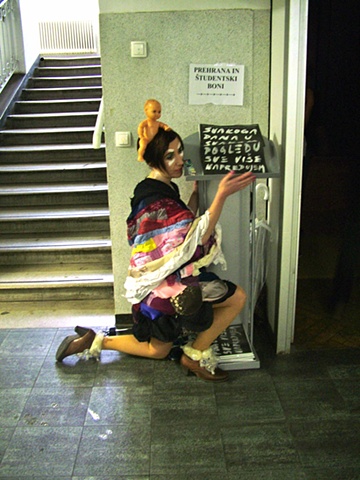 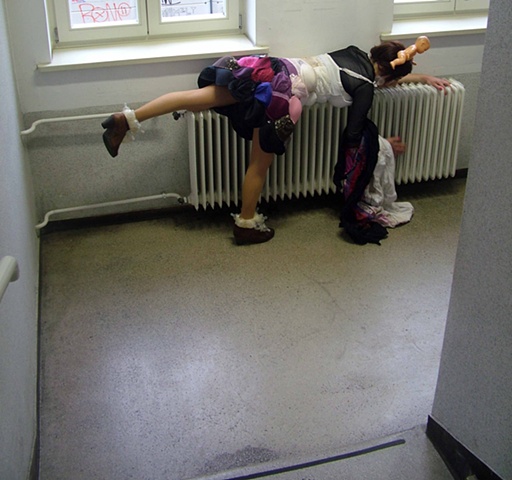 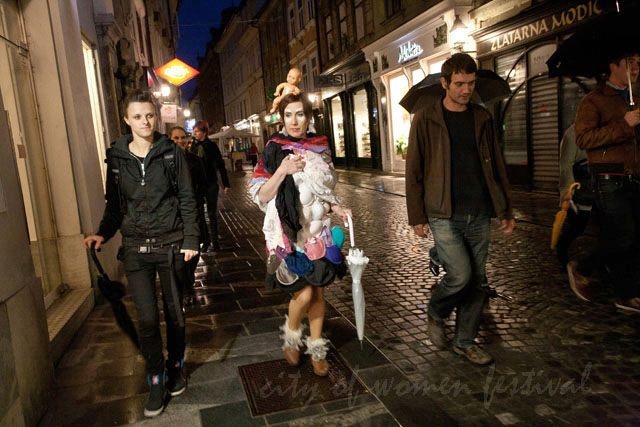 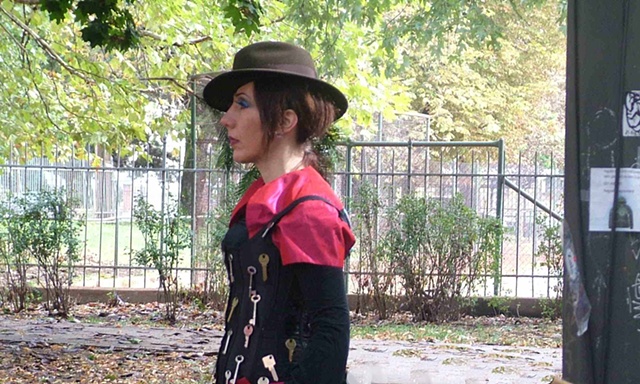 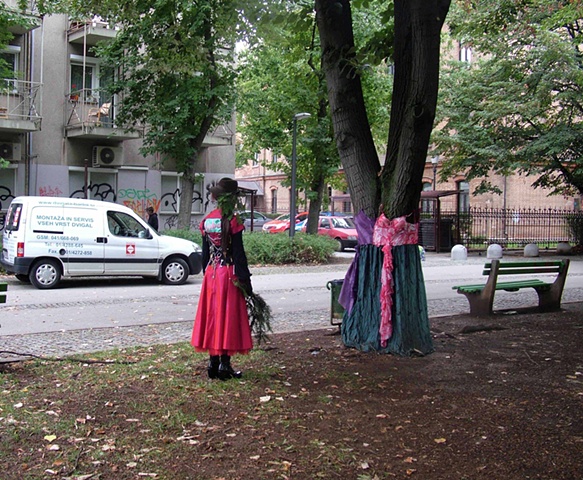 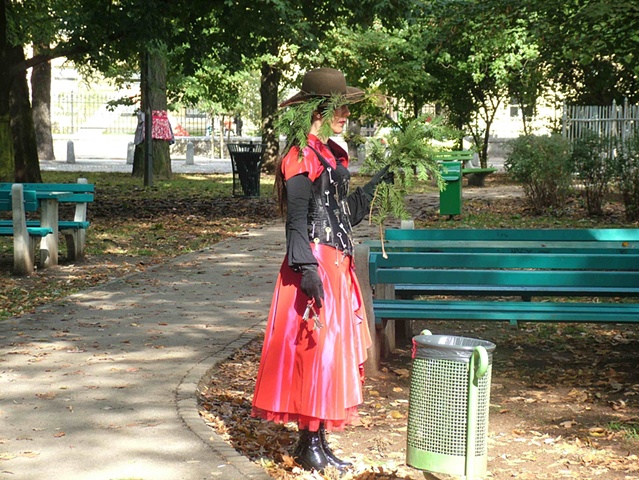 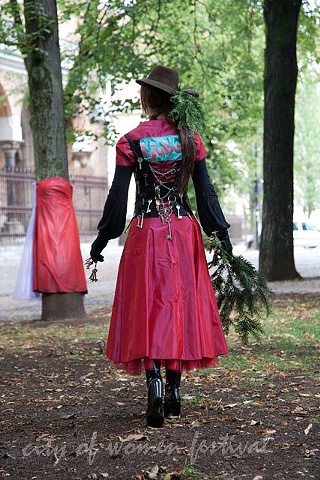 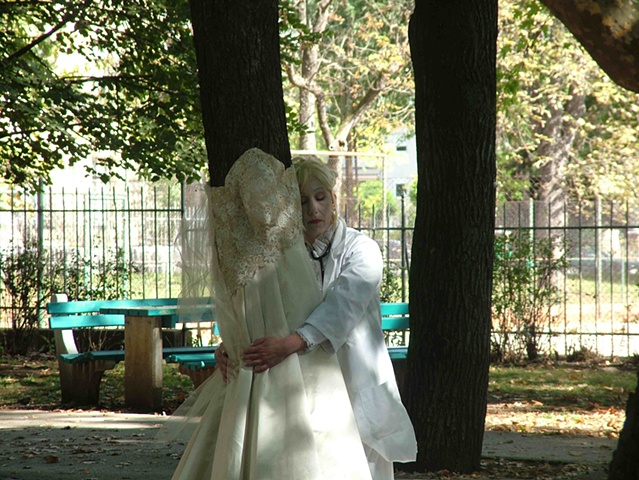 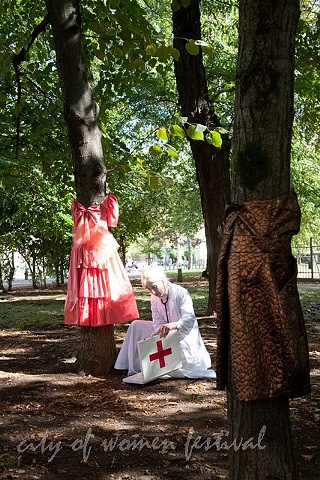 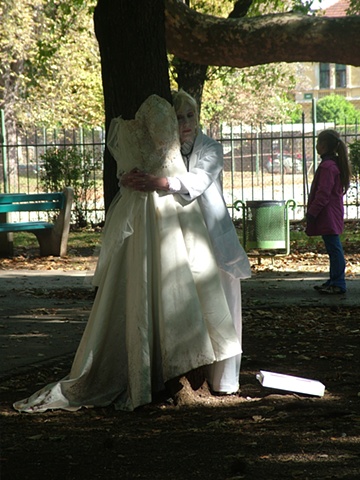 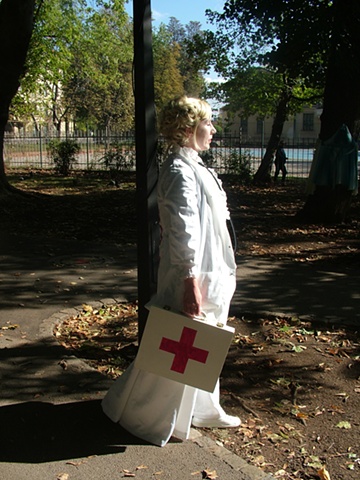 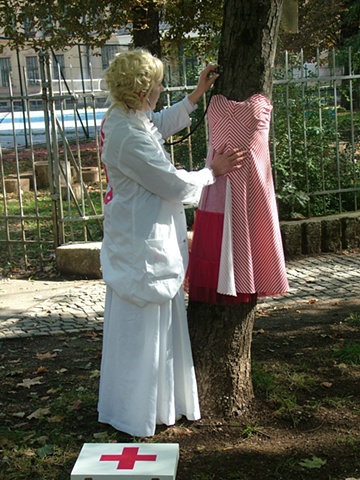 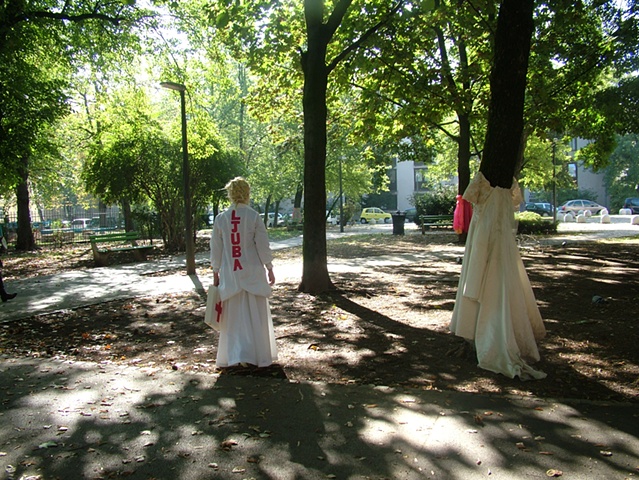 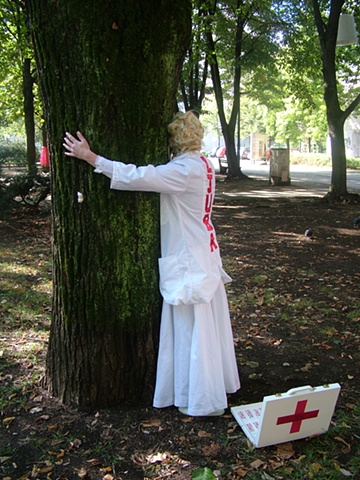 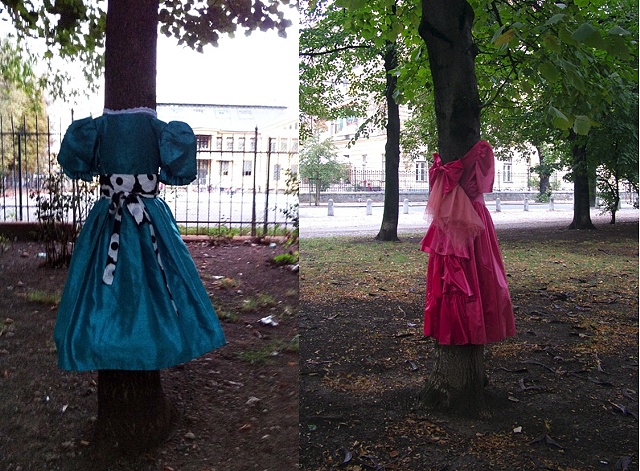 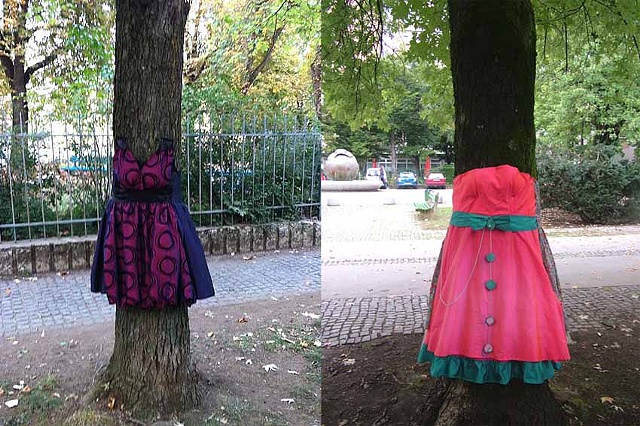 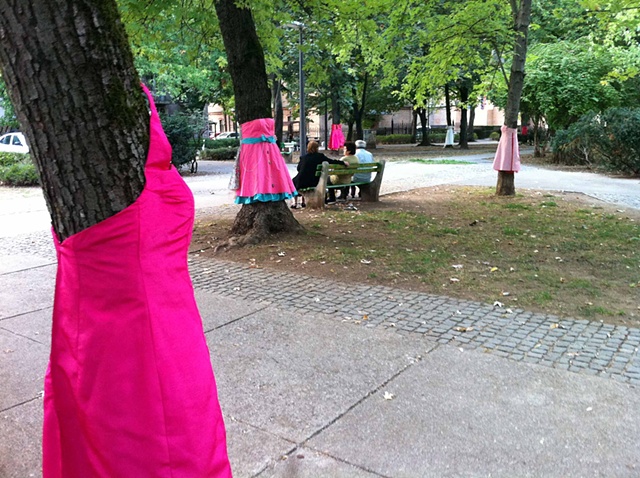 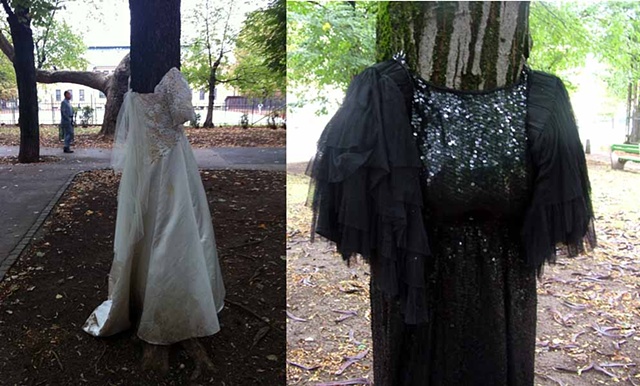 Tree Dress on right is titled "The Queen" 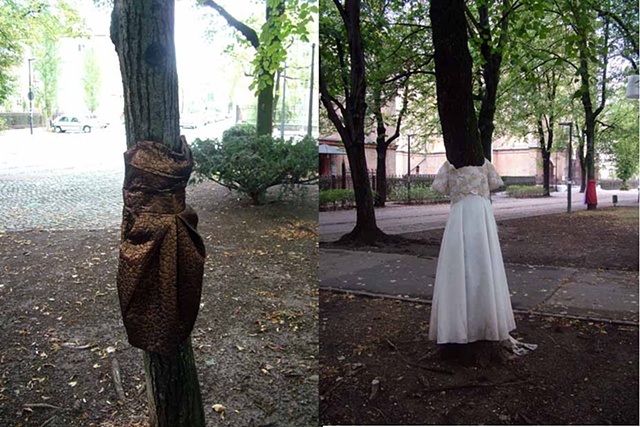 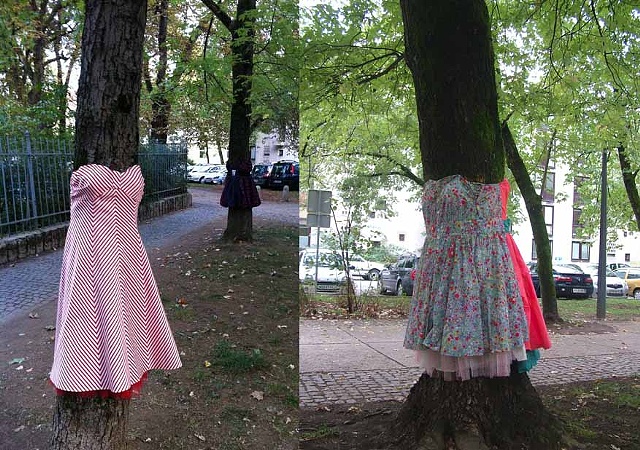 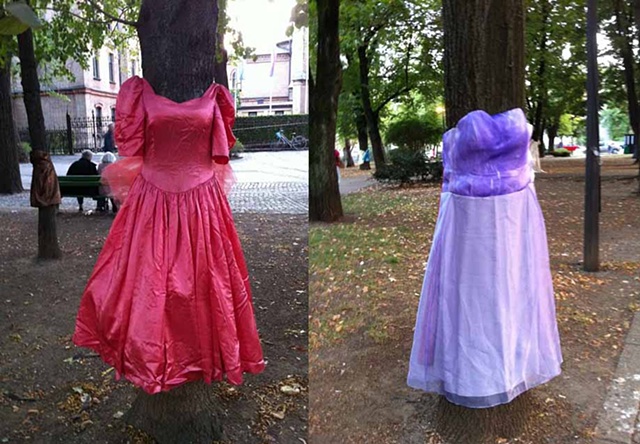 Illusion Dresses is a series of performances in Park Tabor, Ljubljana for City Of Women Festival Slovenia 2011 www.cityofwomen.org/

“Illusion is something which is not true and not false”

Illusion Dresses re-interprets the etymology of “Abracadabra”, meaning “I create as I speak as I heal” and the three durational correlative performances were created as an expansion of “Abracadabra” the theme of 2011 City Of Women Festival. Magic is interpreted as a transformational and transcendent phenomena. Each Dress-performance was devoted to the functions of creating, speaking and healing in relation to the trees and the Tree Dresses installation in Park Tabor.

Tree Dresses was an installation in Park Tabor, Ljubljana, October - December 2011 Each Tree Dress was dedicated to a lost and missing girl in the world.

The trees in Park Tabor are attired in elegant celebratory gowns. Some Tree Dress installations bear the portrait of a missing girl or woman, whose image has been sourced on global missing person websites.

The installation implies an anthropomorphic gathering and interrelation of women and nature. The %Tree Dresses& are enchanting and uncanny; imbuing trees with human qualities invites us to consider nature and botany with respect and equality. In this work the viewer encounters trees as human-like entities, with a capacity to adorn and revel in their wild beauty. We also consider the plight of missing girls and women, their mysterious disappearances are emphasised. The portraits associated with each tree can focus new attention on these missing people and possibly aid in their retrieval. The relationship between the woods and places of danger, the strange concordance between beauty, longing, death is underscored in this work.

Tree Dresses are also phantom-like, appearing as a surprising apparition or humorous distortion of the senses. They are allegories of the female body, alluding to ideals of truth and beauty.

Allegories of the female form are among the most ubiquitous symbolic images in our culture and according to Marina Warner who writes “we cannot escape being what they have made us... for we continue to speak them, see them, make them, live with them, almost unwittingly, as if we did trust the order they construct to hold out some promise conveyed by the bodies of women.” page xxii, Monuments & Maidens, Vintage Books, 1996